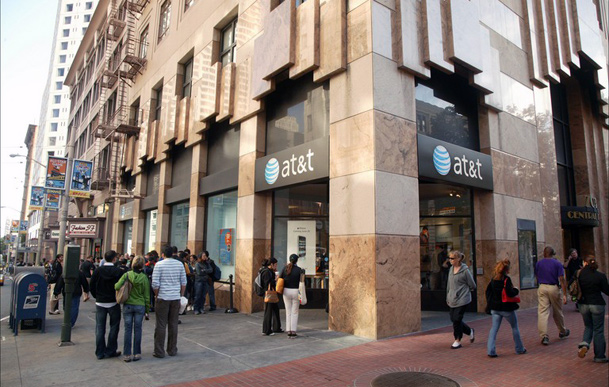 AT&T has been billing its potential “sponsored data” initiative as a big win for its subscribers, since it will let them consume data from their favorite websites and apps on an unlimited basis as long as those apps and websites “sponsor” their data by paying AT&T a fee. However, GigaOM’s Antonios Drossos makes a compelling case that schemes such as this are even more of a threat to the open Internet than even the Federal Communications Commission’s heavily criticized plan to allow ISPs to create Internet “fast lanes” where big companies can pay to have their data delivered more quickly than over the standard Internet.

Why is “sponsored data” such a terrible idea? As Drossos explains, it could give established companies a permanent competitive advantage on the mobile web since up-and-coming startup companies probably won’t have the resources to pay off wireless carriers to make their data unlimited for wireless subscribers.

“Zero-rated mobile traffic is blunt anti-competitive price discrimination designed to favor telcos’ own or their partners’ apps while placing competing apps at a disadvantage,” he explains. “A zero-rated app is an offer consumers can’t refuse. If consumers choose a third-party app like Dropbox or Netflix, they will either need to use it only over Wi-Fi use or pay telcos hundreds of dollars to use data over 4G networks on their smartphones or tablets.”

This kind of scheme is particularly insidious with wireless, Drossos says, because the wireless carriers don’t technically own the spectrum they’re using — rather, they’re granted licenses to use it by the government. So this is an instance where AT&T would be taking a public good and using it to pick winners and losers on the Internet.

It’s not hard to imagine that if AT&T’s “sponsored data” plans are successful that other wireless carriers will rush in to implement similar schemes and that even cable companies who have shown an eagerness to implement data caps might want to try something similar as well. In other words, these schemes could make the Internet more of a scarce resource where only companies that pay the proper tolls are able to thrive.