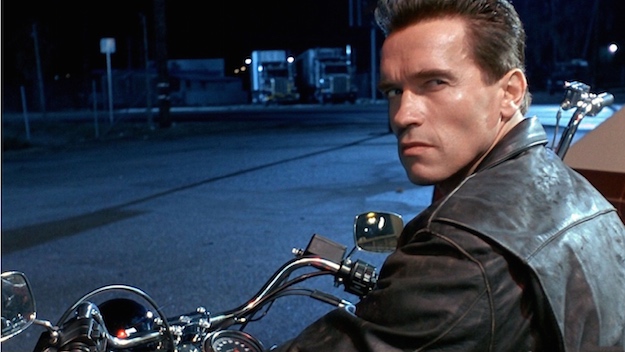 Because the world is an amazing place, it looks like the Terminator has been hired to take Donald Trump’s place as the host of Celebrity Apprentice. As reported by CNN’s Brian Stetler, actor and one-time governor of California Arnold Schwarzenegger will be the host of NBC’s popular reality show that Trump hosted for years before he decided to run for president.

FROM EARLIER: Ultimate menu hack: Watch someone go into McDonald’s and make an insane $12 burger

“Arnold Schwarzenegger is the epitome of a global brand in entertainment and business, and his accomplishments in the political arena speak for themselves,” Paul Telegdy, NBC’s president for alternative and late night programming, told CNN.

The big question this raises is whether Arnold will keep using Trump’s iconic tagline “You’re fired!” at the end of each episode or if he’ll add one with a twist of his own. Popular choices on the Internet already include “You’re terminated!” and “You won’t be back.” Personally, we hope Arnold will add a bit from Conan the Barbarian and tell contestants that their goal in the show is to “Crush your enemies, see them driven before you, and hear the lamentations of their women.”

Sadly, we won’t know the answer to this vital question for a while since NBC won’t start producing a new season of the show until 2016. However, we’re confident that when Celebrity Apprentice does make it back on the air, it will still be insanely entertaining with Arnold at the helm.