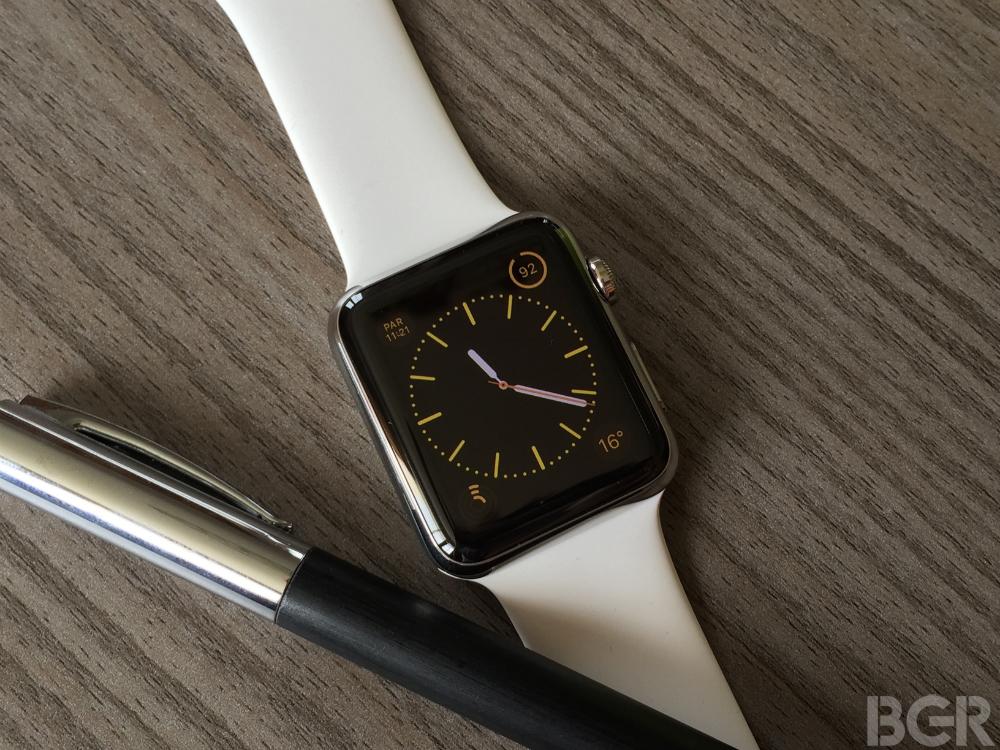 Apple’s newest product still isn’t available in Apple retail stores even though the smartwatch officially launched almost a month ago, but it can be ordered from Apple’s online site in various markets. A variety of factors may have prevented Apple from making enough Apple Watch units for a proper launch, including yield issues with a critical Watch component, increased demand, and a suspected conservative launch approach. However, one major Apple supplier recently hinted that Apple Watch production issues may have been fixed, suggesting stock will improve in the near future.

According to Digitimes, Quanta Computer vice chairman CC Leung said that “its client’s wearable device is no longer a challenge to Quanta in both technology and quality,” after recent rumors revealed that Apple might place Watch orders with Foxconn.

While Leung did not mention the name of its client, he did say the wearable is unlike the smartwatches it produced before and that it has a lot more functions. The company further stated its client is satisfied with the product.

The company apparently has enough capacity to manufacture all orders and “should see a giant contribution from its wearable device business in the second quarter,” the publication notes. Apparently, labor shortages during the Lunar New Year holidays forced Quanta to borrow manpower from other manufacturers, which hindered wearables shipments in first quarter.

Apple is yet to announce a Watch launch for other markets or actual in-store Watch availability.