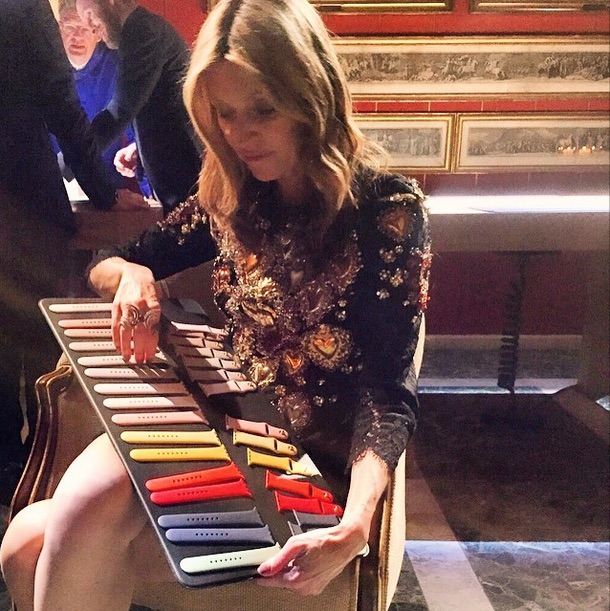 During a recent event held at the Salone Del Mobile Design fair in Milan, Italy, Apple unveiled a number of new Sports band colors for its Apple Watch Edition collection. The new colors, first spotted by 9to5Mac, initially found their way to the web via Instagram and include red, yellow, blue, light pink, an interesting assortment of skin-colored tones.

DON’T MISS: The DMV recently declared the license plate ‘370H55V’ to be obscene – can you guess why?

Given that Milan is one of the epicenters for world fashion, it shouldn’t come as much of a surprise that Apple chose that particular location and event to show off some new Apple Watch options. Some of the Apple bigwigs that made the trip to Milan include Phil Schiller, Jony Ive, and designer Marc Newson who joined the Cupertino-based company in a part-time capacity this past October.

While it remains to be seen when new color options will be available to the masses, an even cursory look back at Apple’s product history indicates that the company will more than likely expand the range of color options sometime in the future.

As for what the new colored bands look like up close and in person, former rugby player Will Carling posted the following photo of the red band on Twitter.

Interestingly, Italy isn’t one of the 9 countries where the Apple Watch will launch come April 24. That list includes the United States, Canada, Australia, China, France, Germany, Hong Kong, Japan, and the UK.