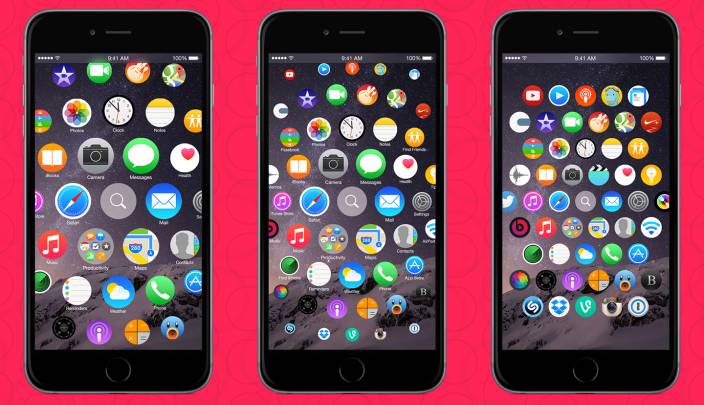 RELATED: What if iOS 9 came with a major interface overhaul inspired by the Apple Watch?

Starting at around the 45-second mark, Menge switches on the Apple Watch simulator on his iPhone and the device starts to display clusters of smaller app icons similar to what you’ll see on the Apple Watch when it gets released. You can tap on one cluster of icons to zoom in on them and then once you’re zoomed in, you can click on one of the icons to open up the apps. Clicking on the empty spaces between the zoomed-in apps will zoom you back out again. You can also pinch to zoom in on and out from the apps.

There are some obvious advantages and disadvantages to this approach. On the one hand, it does open up a lot more icons on your home screen than it otherwise would. On the other hand, it adds an extra click because of the zooming in you have to do to get to your favorite apps. Plus, the icons on the screen are much smaller than the ones we’re used to on the iPhone’s home screen.

Nevertheless, this is a very interesting concept video and it will be interesting to see if Apple incorporates some elements from Apple Watch into its platforms in the future.