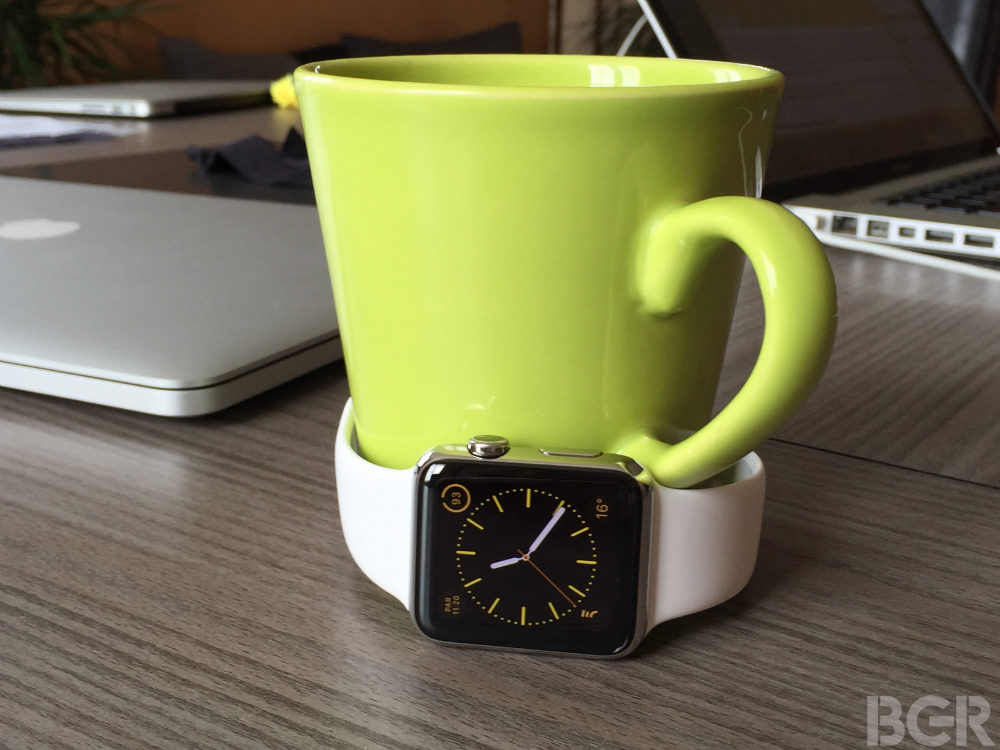 Earlier this month we brought you word of a secret diagnostic port on the Apple Watch that’s intended for Apple’s own internal use. However, that hasn’t stopped accessories manufacturers from designing their own Apple Watch straps designed specifically to take advantage of this unlisted six-pin port. Via AppleInsider, the team at Reserve Strap have spent some time designing a watch strap that fits into the port and now they’ve posted a video showing how the port can be used to charge the Apple Watch slightly more quickly than through Apple’s own inductive charging method.

FROM EARLIER: Man slapped with $120 ticket for using Apple Watch while driving

As you can see in the video below, there isn’t an Earth-shaking difference between the two methods but the six-pin port charger does get the device’s battery up to full capacity significantly more quickly than through Apple’s charger.

Of course, Reserve Strap has a vested interest in showing the 6-pin port works faster as a charger since its own third-party Apple Watch band purports to not only charge your device more quickly but also give you extra juice so you don’t have to worry about your device running out of power while you’re using it. We’ll be interested to see if other people who test out the port for charging get similar results.

Check out the full Reserve Strap video below.