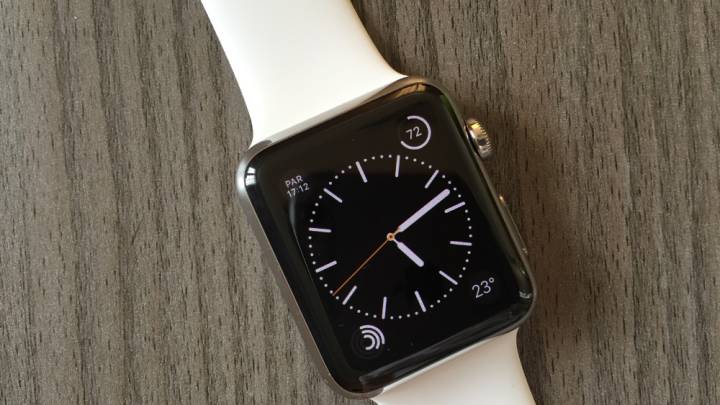 You might not be aware of it, but the Apple Watch has a secret diagnostic port that’s for Apple use only. If you can’t spot it, that’s because it’s carefully hidden in the bottom side of the watch where the band slides in. And while you don’t need it for anything right now, it turns out that this special port has one very useful feature, which appears to be confirmed by a new leaked photo.

Inventive third-party Apple Watch bands creators have figured out how to recharge the device using that secret port, even though Apple hasn’t confirmed this feature yet. However, it looks like Apple is doing exactly the same thing with units that are on display in its Apple stores.

Images obtained by Brazilian site BlogDoiPhone show that Apple Watch units that are demoed in stores do not have full straps on them. Instead, the straps are cut of so they can be inserted in their special stands. And one of the straps has a Lightning cable that’s using the secret Apple Watch port to apparently continuously charge the device while it’s being used in an Apple store.

The display case also contains an iPad mini, which is able to offer more information about the Watch. Interestingly, the iPad will reveal more details about the app that’s currently used on the Watch, adapting to changes. This suggests the Lightning connector might also be used to relay information from the Watch to the iPad. Currently, the Watch can’t be paired with any other iOS device other than supported iPhones.

Images showing the special straps of Apple Watch units on display in stores follow below.