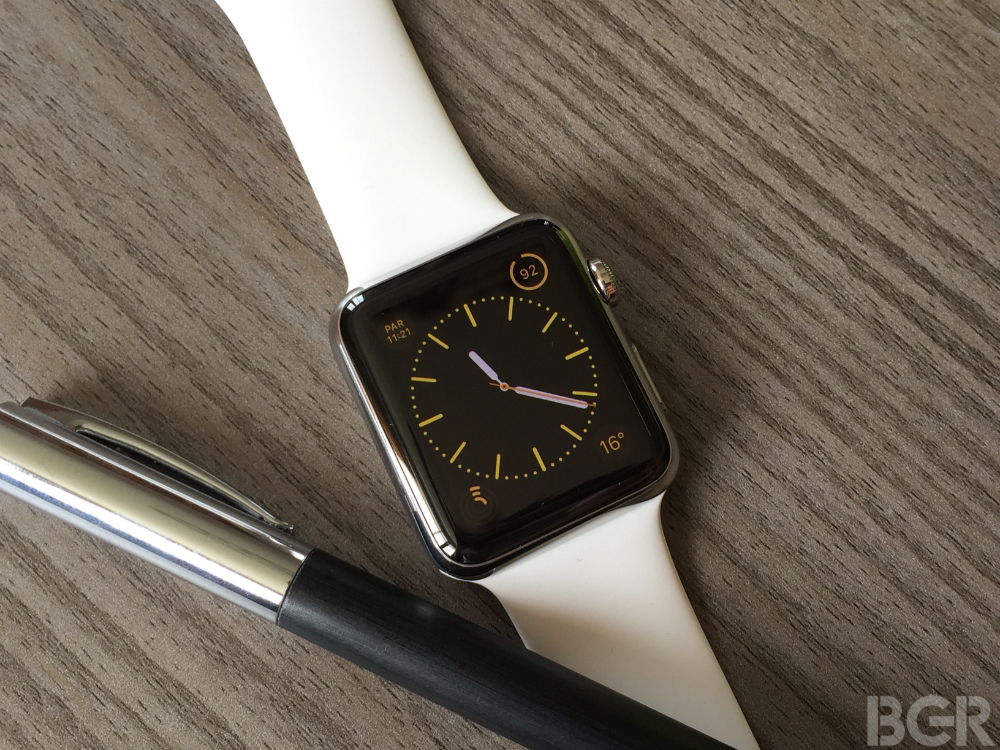 Apple is reportedly already working on the Apple Watch 2, even though the first-generation wearable has just started selling in stores, after being available mostly online for the past two months.

DON’T MISS: Ad Blockers – Former Googler Will Sell Tech to Punch Through All of Them

According to sources in the know who spoke to 9to5Mac, the Apple Watch 2 coming in 2016 will offer buyers a variety of new features, including more independence from iPhone, but it’ll also deliver similar battery life.

The Apple fan blog says the Apple Watch 2 will have a FaceTime-ready camera placed on the bezel of the top device that’ll make video calls on the wrist possible.

The second-generation Watch should offer more features to users when the iPhone isn’t readily available. Apple wants to do this by improving the Wi-Fi chipset in the device, adding one that’s capable of better handling things over Wi-Fi such as text messaging, emailing and receiving updated weather data. However, the watch would still be iPhone-dependent for other tasks involving larger data transfers, such as software updates and syncing.

More interestingly, the Apple Watch 2 will come with a Find My Watch functionality that’s currently absent on the first-gen device. Apple plans to let users track their lost or stolen devices with help of Wi-Fi router triangulation instead of GPS, thanks to the new Wi-Fi chipset.

As for battery life, Apple has concluded from its Apple Watch market research that most buyers are happy charging their devices on a nightly basis. As a result, engineers have shifted goals from improving battery life on the Watch 2 to maintaining or only slightly improving existing battery performance.

Finally, Apple is exploring adding more Apple Watch models to its portfolio on top of the current Sport, Steel and Edition models. The company wants to convince customers to pay between $1,000 to $10,000 for a Watch 2 model, although it’s not exactly clear what that means compared to this year’s Apple Watch and its various price points.