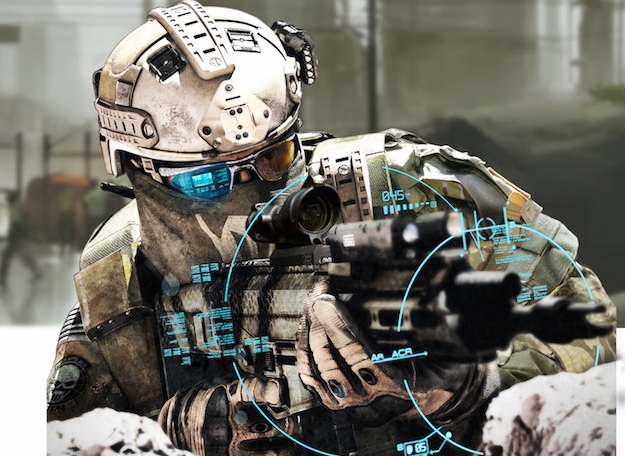 Looking to harness the collective brainpower of Silicon Valley, the Pentagon is joining forces with Apple, Boeing, Harvard, and a slew of other entities to create cutting edge wearable technology for the military.

According to Reuters, the goal of the initiative is to create a flexible piece of technology, laden with sensors, that can be either worn by soldiers or even molded to the outside of a fighter jet.

The new technology aims to use high-end printing technologies to create stretchable electronics that could be embedded with sensors and worn by soldiers, a defense official said, and could ultimately be used on ships or warplanes for real-time monitoring of their structural integrity.

“I’ve been pushing the Pentagon to think outside our five-sided box and invest in innovation here in Silicon Valley and in tech communities across the country,” Defense Secretary Ash Carter said in a statement earlier today.

The entire initiative, dubbed The Flexible Hybrid Electronics Manufacturing Innovation Hub, will be based out of San Jose, have a duration of five years, and will be graced with a budget in the $170 million range.

All in all, many might reasonably argue that the Pentagon joining forces with traditional tech companies is long overdue. Especially today, many of the more intriguing tech developments are seemingly happening in the private sector. While it used to be the case that the United States’ best and brightest would find their way into the military, these days they’re more liable to end up working at places like Google and Apple.