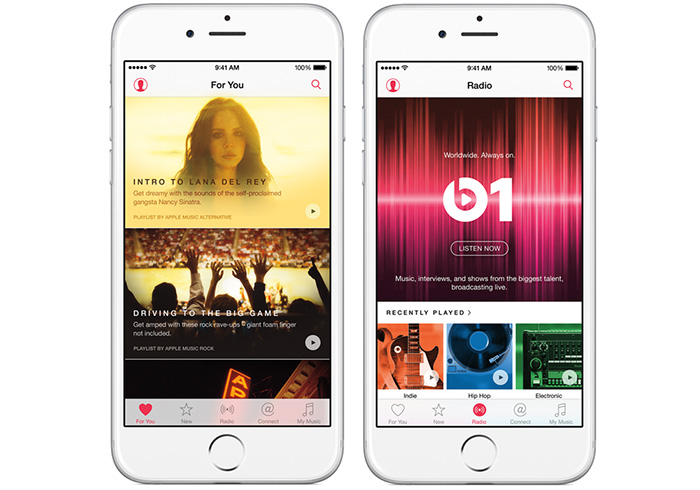 You just knew it was coming. Every time Apple releases an app for the Google Play Store, Android users bomb it with one-star reviews. Such is again the case with Apple Music, which just came out on Tuesday and has already received more than 3,000 one-star reviews from Android users. These reviews feature both legitimate complaints about the app and hilariously angry fanboyism. We’ll go through both kinds below.

We’ll start out with the legitimate complaints about the app, which include freezes, crashes and the fact that Apple asks you for your credit card information before you start your free three-month trial.

So from the sound of things, it seems like a lot of Android users are finding that it’s a buggy port from iOS and is more prone to crashes compared to the app you find on iPhones and iPads.

This is all fair and something that Apple obviously needs to look into. However, a lot of the one-star reviews weren’t written with constructive criticism in mind and are instead hilarious fanboy diatribes against Apple. These are much more entertaining, as you’ll see below:

While all these are good, this is my favorite one-star review for its sheer lack of logic:

So wait… Apple is “shoving paid subscriptions down your throat” by putting up a single app on the Google Play Store that is filled with tons of apps that are… wait for it… paid subscription services! Also, how dare Apple just walk into the Google Play Store that literally any app developer can walk into without any sort of oversight? Is there no decency?

This complaint, meanwhile, manages to be both legitimate and hilarious:

Given the notorious problems iTunes Radio had with music recommendations, this isn’t too surprising.

All told, Apple Music has an average review of three stars on Google Play, which makes it by far the best reviewed Apple app on the Android app market yet. No matter how good it is, however, some Google Players gonna hate, hate, hate, hate hate…