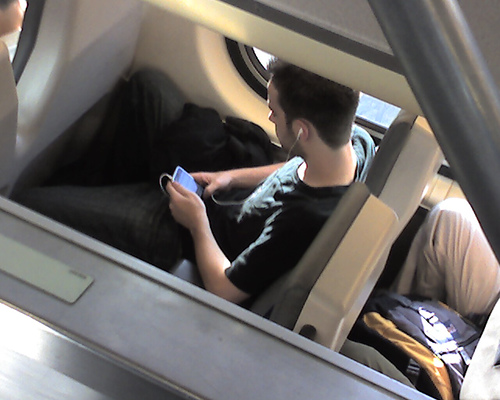 Looks like they’re out there, and no, we don’t just mean in Walt and David’s hands…we mean out there. Check out this flick of someone using what almost definitely appears to be an iPhone. He’s all listening to Journey probably, reminiscing about The Sopranos season finale. Rock on! This was taken on the Caltrain in San Francisco. It’s so close we can taste it.

Update: Does anyone think that the guy in the picture resembles Mike Matas? He’s Apple icon designer extraordinaire.