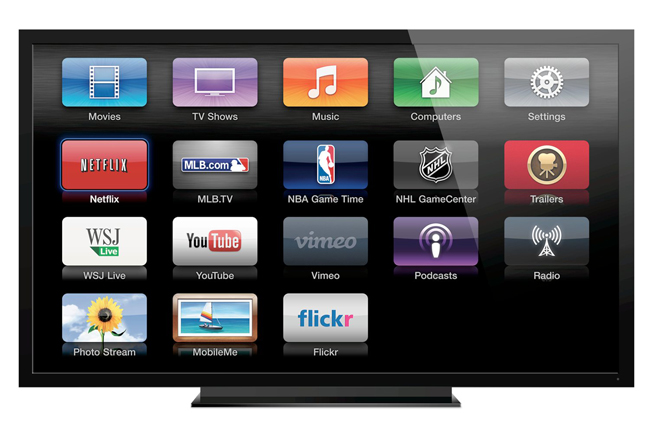 While speculation on a Siri-powered Apple HDTV or “iTV” has been rampant for much of the year, Apple (AAPL) CEO Tim Cook has never actually hinted that the company was working on a TV until now. In an interview with NBC’s Rock Center with Brian Williams show set to air on Thursday at 10:00 p.m. EST, Cook is asked what the next big thing for Apple is. Cook’s response: “When I go into my living room and turn on the TV, I feel like I have gone backwards in time by 20 to 30 years. It’s an area of intense interest. I can’t say more than that.”

Steve Jobs told his biographer Walter Isaacson before he died that he wanted to “create an integrated television set that is completely easy to use” that would sync with iCloud and Apple’s mobile devices. Jobs also said that it would have the simplest user interface and that he had finally “cracked it.”

We admit an Apple television would be very exciting, but the company could also be working on a more advanced Apple TV set-top box if a report over the summer from the Wall Street Journal is to be believed.

Cook also took a moment to discuss the Apple Maps disaster in iOS 6, which led to the recent ousting of Scott Forstall, former senior vice president of iOS. Cook repeatedly said iOS 6’s Maps app didn’t meet the company’s or customer’s expectations and that it “screwed up” big time, but is “putting the weight of the company behind correcting it.” In recent months, Maps has seen some slight improvements and corrections with Apple reportedly tapping its retail store staff employees to help expedite fixes.

Finally, Cook says Apple needed to drop the 30-pin connector for the Lightning connector simply because “we couldn’t make this product with [the 30-pin] connector,” and that “the [iPhone 5] is so worth it.