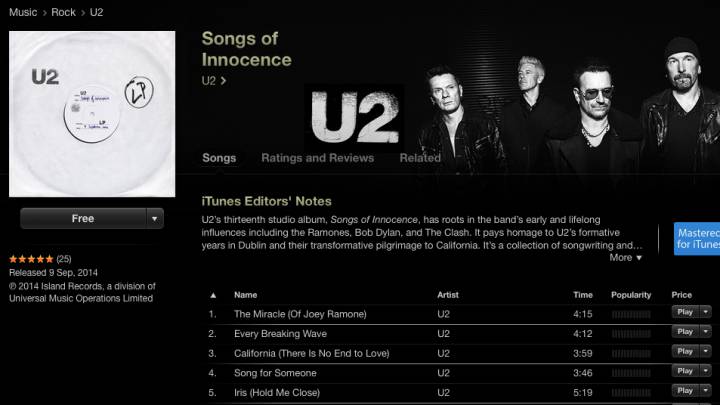 Can mediocre dad rock alter your sexual orientation? That’s the belief of one Russian politician who thinks that Apple is secretly trying to corrupt the youth of the Motherland by giving away a free U2 album that purportedly promotes homosexuality. The Guardian reports that LDPR party member Alexander Starovoitov is objecting to the album because it features “the band’s drummer, Larry Mullen Jr, embracing his 18-year-old son, Elvis, shirtless,” which U2 has said is “a visual metaphor for the album and its theme of ‘how holding on to your own innocence is a lot harder than holding on to someone else’s.'”

FROM EARLIER: Your Apple Watch might be defective, no matter what Apple says

That sort of highfalutin artistry doesn’t fly in Mother Russia, however, and if Apple is found guilty of spreading gay propaganda to Russia’s youth it could be forced to stop operating in the country for 90 days and pay a fine of up to 1 million rubles (or $19,400 in American dollars, which Tim Cook could likely pay directly in cash from his wallet if you asked him right now).

At any rate, we’d love to see Apple respond to this by having an album giveaway on the Russian iTunes Store that includes the entire back catalogs of Elton John, George Michael, Queen, Boy George and the Village People.