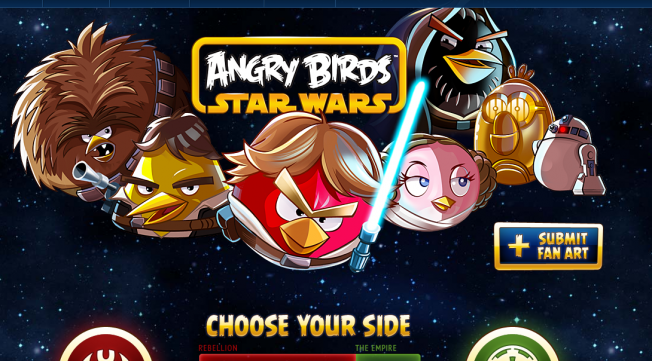 How big is Rovio Entertainment’s Angry Birds Star Wars? The company announced on Friday that its latest Angry Birds game reached the No. 1 spot in the U.S. iTunes App Store in 2.5 hours, beating out the previous record held by last month’s release of Bad Piggies. Rovio didn’t make any announcements on the new game’s performance on Android, but we wouldn’t be surprised if it made a killing on the Google Play Store as well. Angry Birds Star Wars puts the disgruntled little birds in the Star Wars universe, complete with lightsabers, lasers and Bad Piggies dressed up as Darth Vader and Stormtroopers. The game was released on November 8th for iOS and Android.