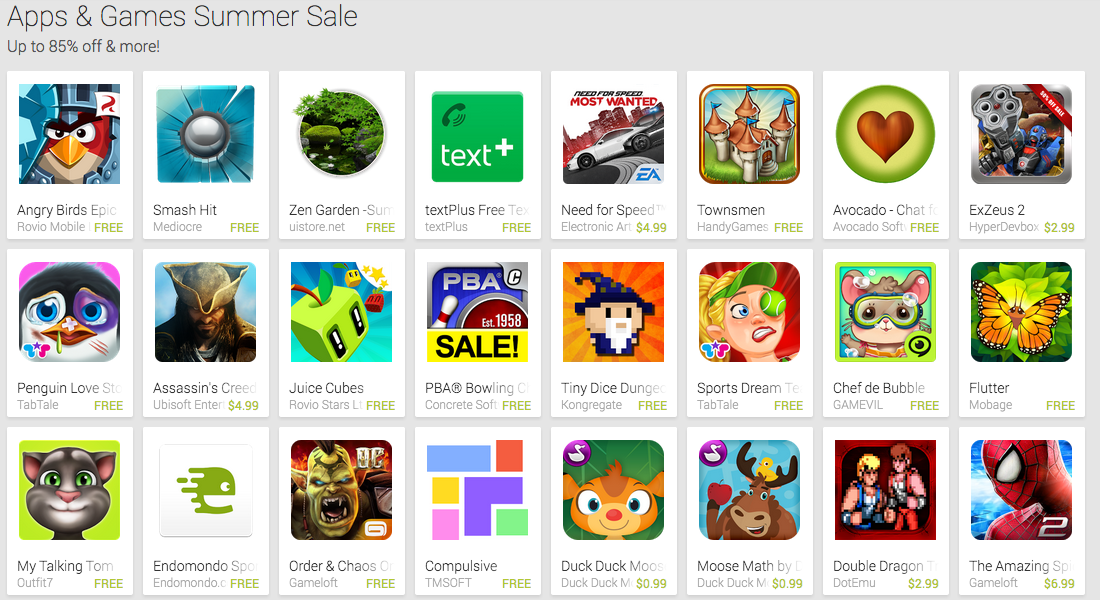 Awesome news for Android fans: Google’s huge summer app sale just kicked off on Friday and now you can get a ton of great apps at hugely discounted prices of “up to 85% off” for a limited time.

FROM EARLIER: Google isn’t the only one offering a massive app sale on Friday. Be sure to check out Apple’s enormous sale on some of the world’s most useful iOS productivity apps as well.

As of this writing there are nearly 50 apps that Google is promoting as part of the sale, including premium games such as the Android version of Final Fantasy V, Assassin’s Creed Pirates, Monument Valley and Need for Speed: Most Wanted. Games aren’t the only apps to get the discount treatment, however, because several other kinds of apps — including photo app Paper Camera, third-party keyboard SwiftKey and weather app WeatherPro — have also been discounted heavily or have had their in-app purchase prices discounted heavily.

Google doesn’t say on its sale promotion page how long these great deals will last so you’re best off going over to Google Play right now to check out what they have. The full list of discounted apps can be found by clicking the source link below.