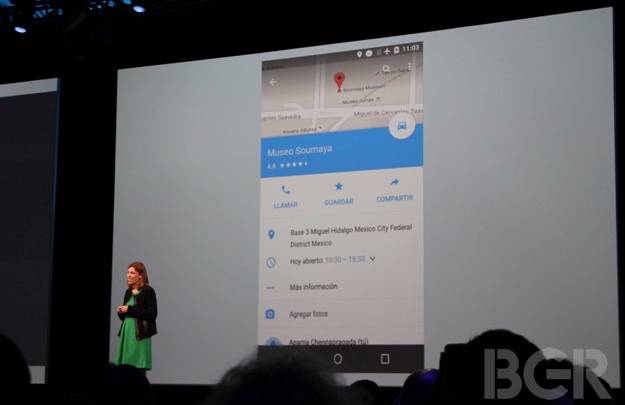 Google on Thursday talked about its plans to bring Android to even more users in the coming year, by targeting more developing markets with Android One and Chromebook devices. In the process, the company also revealed how it’s optimizing its services and apps to run better on slower networks, revealing amazing new Google Maps features.

In order to deal with network connectivity and speed issues, Google is rethinking Google Maps, in addition to other apps. In other words, the company wants to offer users offline access to more Google Maps features, especially the ones you’d be most interested in while using the app.

The company says that even without an active Internet connection, Google will let users search for places inside Google Maps, offering them access to reviews and open hours.

These features will be available “later this year,” the company said, without revealing any specific details about the update. It’s not clear either whether these new Google Maps features will be rolled out once Android M is ready for public release, or sooner.