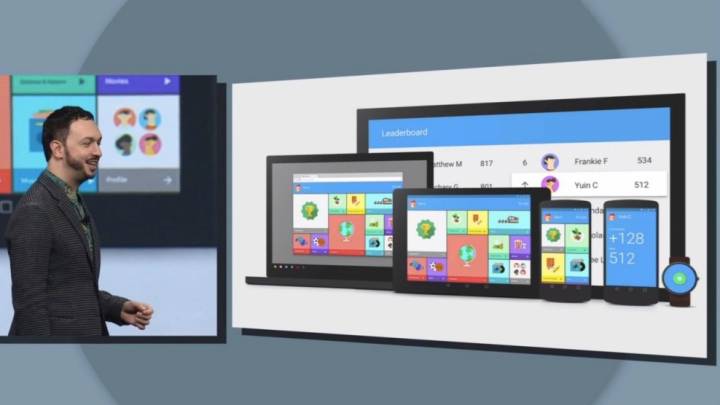 Android L’s main feature so far is the new Material Design that Google will also use across platforms and on the web, and whose new rules developers are also encouraged to abide by. But why did Google decide to go for a complete makeover of Android, apps and the web?

“I’m one of the instigators of material design. It actually came about a couple of years ago when we were working on a design problem involving Google Search,” Wiley said. “I was looking at mobile results on cards and I asked ‘what is this made of?’ People gave me funny looks, like ‘what do you mean? It’s just pixels.’ But I didn’t think that was a good answer. When you physically interact with software – actually touching the cards and links and buttons, etc. – you bring a lot of expectations around how physical objects behave. If the interface isn’t thoughtful about those expectations – if it’s just a bunch of pixels – it leaves you with a rather unsatisfying and inauthentic experience.”

He continued, “Material design came about when thinking how to make Google Search better on mobile devices. So we plan to bring material design to all of its products, including Search.”

When asked how Material Design is supposed to affect Google Search, the exec said that “Material Design gives us a framework we can use to do something closer to a scene change in a play, continuously moving from one state to the next. This can make it feel much faster and can also provide cues as to what happened when you touched something in the UI. It’s another step towards removing any speed bumps along the way to getting a good answer.”

Google has already started rolling out app updates that “speak” Android L’s new Material Design language, such as the Google Play Store app, which received its Material Design taste a few days ago.