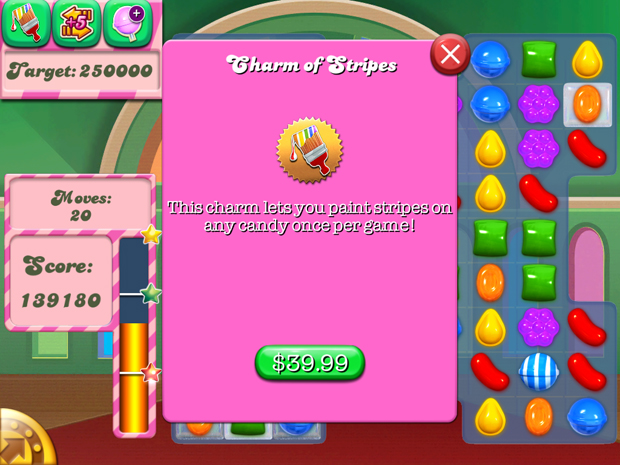 In-app purchases are apparently becoming big problems for parents who let their children play free mobile games on their tablets. GigaOM brings us word that a woman in New York has filed a lawsuit against Google after her son spent $65.95 on digital crystals that he used to help him play the Marvel Run Jump Smash! game. Essentially the mother wants to see Google make it so that you need to enter your password for every in-game purchase so that children won’t be able to rack up huge bills just by clicking “yes” when asked if they really want to buy virtual goods. Right now you can make an in-app purchase through Google Play without entering your password as long as you do it within 30 minutes from when you last entered your password. A press release outlining the lawsuit against Google over in-app purchases follows below.

PHILADELPHIA, March 10, 2014 /PRNewswire-USNewswire/ — A class action lawsuit has been filed on behalf of parents whose minor children downloaded a free or modestly priced game app on the Google Play App Store, and then racked up unauthorized charges for in-app game currency without the parents’ knowledge or authorization. The lawsuit, captioned Imber-Gluck v. Google Inc., No. 5:14-cv-01070 (N.D. Cal.), was filed in the United States District Court for the Northern District ofCalifornia, and is brought on behalf of all persons in the United States who paid for an unauthorized purchase of game currency made by their minor children through the Google Play App Store.

Specifically, the case alleges that the Google Play App Store permits users to browse and download games either free or at a minimal cost.  Among the thousands of Apps offered in the Google Play App Store are many games targeted at children.  Although there are numerous games that are offered for free or at a nominal cost, many are designed to induce purchases of what Google refers to as “In-App Purchases” or “In-App Content” that provide in-game currency to facilitate playing the game as it was designed to be played.  These games are engineered to be highly addictive and require the purchase of in-game currency at times to continue playing.  The games frequently permit the purchase of in-game currency in large amounts – as much as $100 per purchase or more.

Although Google requires users to authenticate their accounts by entering a password prior to purchasing and/or downloading a game or buying in-game currency, once the password is entered, Google permits the user of a device to make additional purchases for up to thirty minutes without re-entering the password.  This practice is designed to enable children to purchase in-game currency without parental permission and without having to enter a password.  The purchases are then billed directly to the parent or guardian.

This lawsuit follows Apple’s $32.5 million settlement in January 2014 with the Federal Trade Commission over similar allegations, as well as a private class action lawsuit that Apple settled in 2013 with its customers, in which Berger & Montague, P.C. was also involved. The United States District Court for the Northern District of California granted final approval to the Apple settlement on October 18, 2013.  Unlike Google, Apple changed its practices so that its users must enter their password to make all in-App purchases.

“Google has unfairly profited by marketing free or low-cost games to children and by permitting them to easily rack up charges for worthless in-game currency, by failing to incorporate reasonable controls such as simply requiring the entry of a password,” said Shanon J. Carson of Berger & Montague, P.C., one of the attorneys representing Plaintiff.  “Google is certainly aware that its primary competitor, Apple, has taken steps to end this unfair practice, and Google should do the same.”

“This practice is widespread, has been condemned by the Federal Trade Commission and is being investigated by the European Union’s consumer protection officials,” said Edwin J. Kilpela, Jr. of Del Sole Cavanaugh Stroyd, LLC, who also represents the plaintiff.  “A company of Google’s size and sophistication either is or should be aware that it is permitting unauthorized charges by minor children.  We look forward to vindicating the rights of consumers victimized by Google’s policies in this regard.”