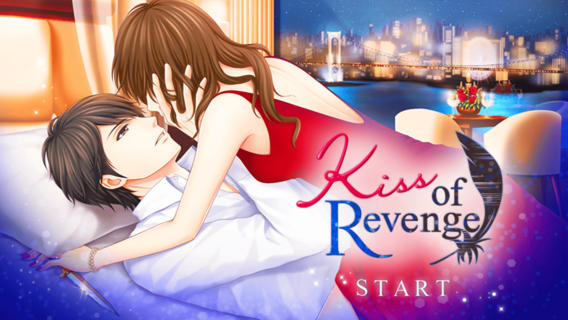 Japan. It’s those wacky Japanese consumers who are now starting to sway the global top-10 app sales charts. According to brand new App Annie August survey, a “romance simulation” called “Kiss of Revenge” helped a company called Voltage to become the No.6 non-game app vendor globally on the Android platform. This means that in the month of August, Voltage surpassed vendors such as WhatsApp and Garmin in global sales on Android. Romance simulations are popular in Japan, but hold fairly limited appeal in other markets. The plot-line of “Kiss of Revenge” involves a woman who cannot decide whether to kill or kiss a doctor who helped cover up a medical malpractice case that led to the death of the heroine’s mother. Earlier this year, Voltage made a splash with “10 Days with My Devil,” a simulation where you have to sexually entice a demon from Hell over a 10-day period in order to prevent him from taking your soul.

The interesting thing here is not how bizarre Japanese app consumers are (although that is an endlessly fascinating topic in itself). What I find remarkable is how the Japanese app market is now so vast that it is able to influence global top-10 sales charts. In that same non-game top-10 Google Play revenue chart, LINE and GREE held the first and third positions in the month of August — essentially driven by Japanese sales. The Japanese Android app market is now so big that it can place three Japanese app vendors in the global top-10 list of biggest revenue generators.

This is food for thought for Western vendors considering their global expansion options. It is no longer obvious that targeting only the U.S. market and then hoping for global success to follow is the only viable option.

Over the past few months, two Western vendors, Rovio and Supercell, have made it to the top of the Japanese download and sales charts. As it happens, both are from Finland, a country that has traditionally valued Japan as an export market. In Supercell’s case, the Japanese success enabled the company to beat its bitter European rival King in the competition for the top spot in global revenue competition.

Japan could well become a pivotal player globally in the mobile app market sooner than anyone had expected. It does require tricky customization and game design work, though. And perhaps sexually provocative subplots involving surgeons treating your close relatives, as well.