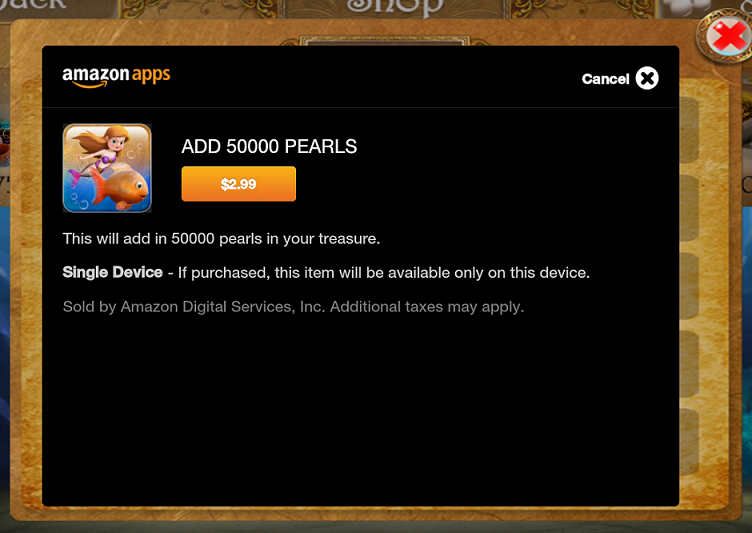 Apple recently acknowledged its in-app purchases issues that allowed children to purchase content without requiring verification and settled the FTC case agreeing to refund some $32 million in fraudulent in-app charges. But Amazon doesn’t want to go down without a fight, GigaOm reports, as the same Commission is investigating its own in-app purchase problems related to the Amazon Appstore that’s available on Android devices.

The FTC wants a court order requiring refunds to consumers for the unauthorized charges, and to permanently ban Amazon from billing parents and other account holders for in-app purchases made without consent. In Apple’s case, the company refunded buyers and has taken various steps to prevent unwanted in-app purchases.

Apparently thousands of Amazon customers complained that their children purchased in-app content without their authorization, with total charges amounting to millions of dollars. They also complained that the refund process is difficult and cumbersome.

According to the FTC’s complaint, Amazon was aware of the in-app purchase issue since December 2011, with employees emails revealing that “allowing unlimited in-app charges without any password was ‘…clearly causing problems for a large percentage of our customers,’ adding that the situation was a near ‘house on fire.’”

While Amazon updated in its in-app charge system in March 2012 to allow account owners to purchase digital content without a password for in-app purchases worth less than $20, the new practice still allowed children to make unlimited such purchases. An Amazon employee explained the policy change noting that “it’s much easier to get upset about Amazon letting your child purchase a $99 product without any password protection than a $20 product.”

However, the “house on fire” evaluation of consumer complaints about in-app purchases was again used in July 2012 in internal Amazon emails to describe the matter.

In early 2013, Amazon again changed its in-app purchase process, although the change still allowed children to purchase unlimited content 15 minutes to an hour after a password had been entered to authorize a purchase. The FTC notes that only in June 2014 Amazon updated its in-app charge framework “to obtain account holders’ informed consent for in-app charges on its newer mobile devices, as explained in the complaint.”