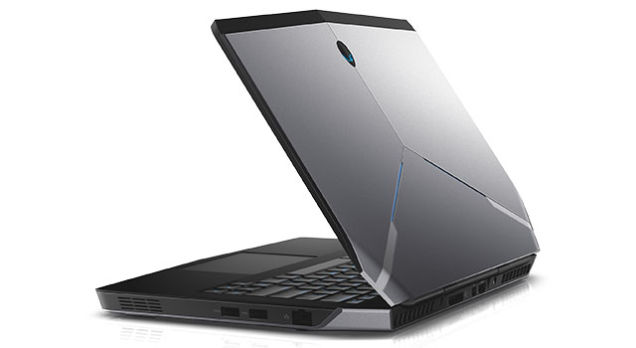 There are plenty of capable gaming laptops on the market, but most of them are large and unwieldy. Portability is often the price you pay for power, but that’s not the case with the Alienware 13. Engadget went hands-on with Dell’s latest Alienware gaming laptop, and although it isn’t the lightest device the company has ever released, it’s still far more portable than the current Alienware line.

At just 4.5 pounds, the new laptop is nearly 2 pounds lighter than last year’s Alienware 14. Its thickness come in at under an inch as well, so you might be able to stack something alongside it in the same pocket of your backpack. The Alienware 13 will come standard with a 13-inch HD display, but you can upgrade to 1080p or Quad HD (with a touchscreen) if you’re looking to spend a little extra.

As for the rest of the specs, the Alienware 13 will house an NVIDIA GeForce GTX 860M GPU and an Intel Core i series processor. Dell plans to implement Broadwell chips as well in future models. You’ll also be able to choose between a standard hard drive and a SSD.

The company says that the battery will last for 8 hours while streaming video, but if you plan to play any intensive games on your gaming laptop, you might want to sit near a power source.

No word yet on pricing information, but Dell expects to begin shipping the Alienware 13 in November.