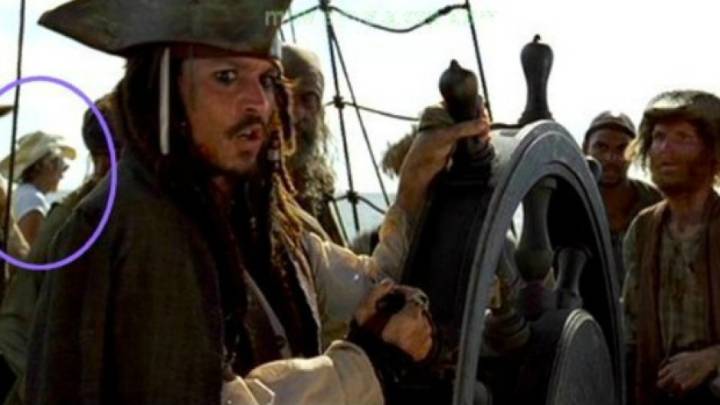 Filmmaking is an imperfect science. There are innumerable factors to contend with, from the actors to the crew to the budget to the weather — it’s an endless maze that directors have to traverse from the moment production begins, which means that, inevitably, a few things are going to slip through the cracks.

WATCH: A bike crash in GTA V sets off the most hilarious 5-minute explosion in gaming history

It’s always fun to take a look back and find mistakes that we missed the first time in our favorite movies, from continuity errors to pieces of equipment finding their way into the shot.

Here are five of the best errors we could find on Movie Mistakes from the past few years:

During the first fight with Sandman in Spider-Man 3, you can clearly see a shot of the Terminal Tower, a landmark in Cleveland, Ohio where the scene was shot. And in case you have erased Spider-Man 3 from your memory: no, Peter Parker doesn’t leave New York City to live a quiet life in Cleveland.

The Terminal Tower appears at about 53 seconds in the video below.

During the escape scene following the first dream, the broken side view mirror on the van switches sides.

This one’s pretty fantastic. In the movie Draft Day, the owner of the Cleveland Browns makes his way from New York City to the Browns facility in Cleveland after the draft has started, but before the sixth pick in the first round. That includes two car trips and a 450 mile flight.

Pirates of the Caribbean: The Curse of the Black Pearl

During a scene on the ship with Jack Sparrow and his crew, a member of the actual film crew can be seen in the background wearing a cowboy hat and a white T-shirt.

And finally, one of the all-time classics. During the Battle of Carthage in Ridley Scott’s Gladiator, you can plainly see a gas canister on the back of an overturned chariot.

Watch from about 1:45 in the video below:

For more hilarious movie mistakes, be sure to visit MovieMistakes.com.