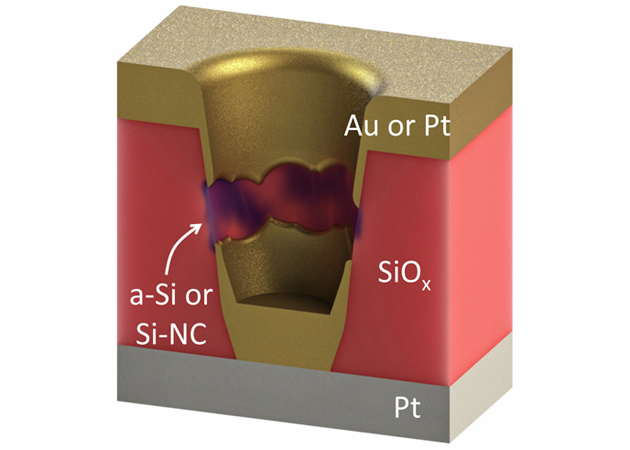 What if your smartphone shipped with 1TB of memory, which would be not only be able to store all the digital content you want to carry with you at all times, but would also be faster and more reliable? Researchers from Rice University are already working on such technology, MIT’s Technology Review reports, having discovered a more practical way to mass-produce it.

Called resistive random access memory (RRAM), the memory is already being developed by some companies, but it’s not an easy or affordable process. However, Rice scientists have figured out how to make RRAM at room temperature and using far lower voltages.

More importantly, they say they can store 1TB of data in a chip that’s about the size of a postage time, and RRAM is 100 times faster than flash memory.

“Why don’t you have all the movies you would like on your iPhone? It’s not because you wouldn’t like to, it’s because you don’t have room,” Rice University professor of materials science James Tour said.

It’s not clear when such memory technology will be used in smartphones, tablets or laptops, or how much it will cost, but it looks like one unnamed memory manufacturer will ink a licensing deal with Tour within two weeks.

Furthermore, a startup called Crossbar will launch RRAM chips for car dashboards and coffee makers at some point in the near future.

More details about how RRAM works are available at the source links below.