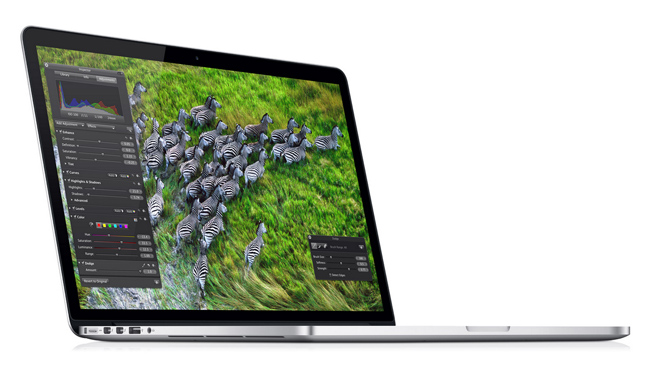 Rumor has it Apple (AAPL) will announce a 13-inch MacBook Pro with Retina display at its October 23rd iPad mini event. There have been leaks about its battery sporting an “unprecedented” design and not having a discrete GPU, but nothing has been said about its pricing. 9to5Mac has now delivered the goods with claims that Apple might sell the 13-inch Retina-equipped MacBook Pro for $1,699 with a high-end model at $2,099, both under the $2,199 starting price for a 15-inch Retina MacBook Pro. The new Apple notebook is expected to have a 2560 x 1600 resolution display and all of the ports that are available on the 15-inch Retina MacBook Pro, including a pair of USB 3.0 ports, two Thunderbolt ports, SD card reader and an HDMI port.