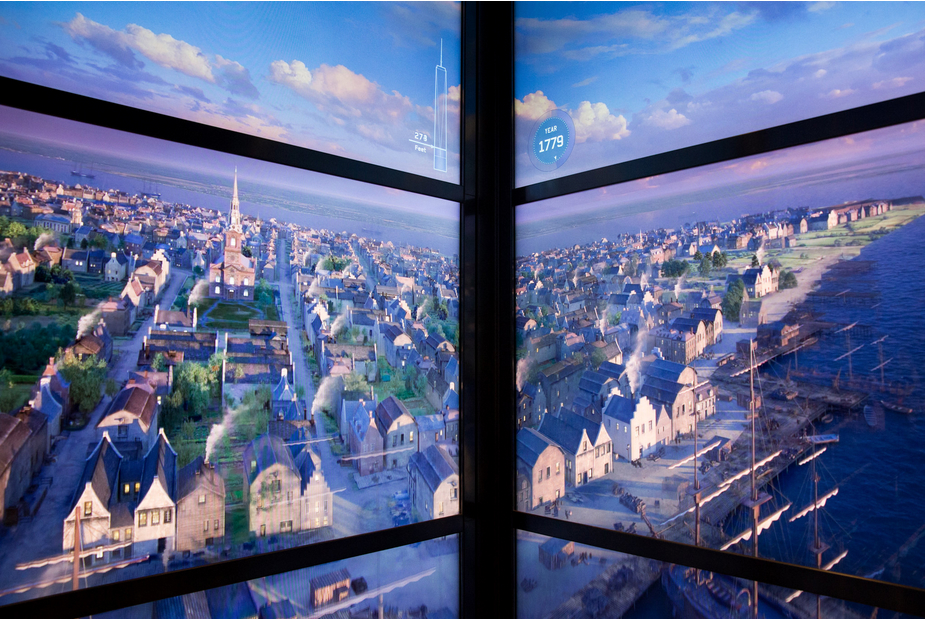 It’ll cost you $32 to visit the One World Observatory beginning in late May when it opens to the public atop the new 1 World Trade Center. And when you do, you’ll travel at around 23 miles per hour in the new elevators. But if you want to see what the trip will be like right now, there’s a magnificent 47-second time-lapse video of Manhattan’s history as seen from that vantage point, including the tragedy that took place on 9/11.

The images, showing a panorama of New York City beginning in the 1500s, will be projected on nine 75-inch high-definition monitors in each elevator car, The New York Times reports, placed behind window-like mullions that give you the impression you’re traveling to the 102nd floor in a glass elevator.

For less than four seconds, you’ll also see “an imposingly realistic vision of 2 World Trade Center,” which will then disappear from the skyline.

The company was chosen in 2013 to operate the observatory.

A video showing the amazing time-lapse video, as it will be seen in the five elevators that climb all the way up to the observatory, follows below. More details about the panoramic images seen on the screens available at the source link.