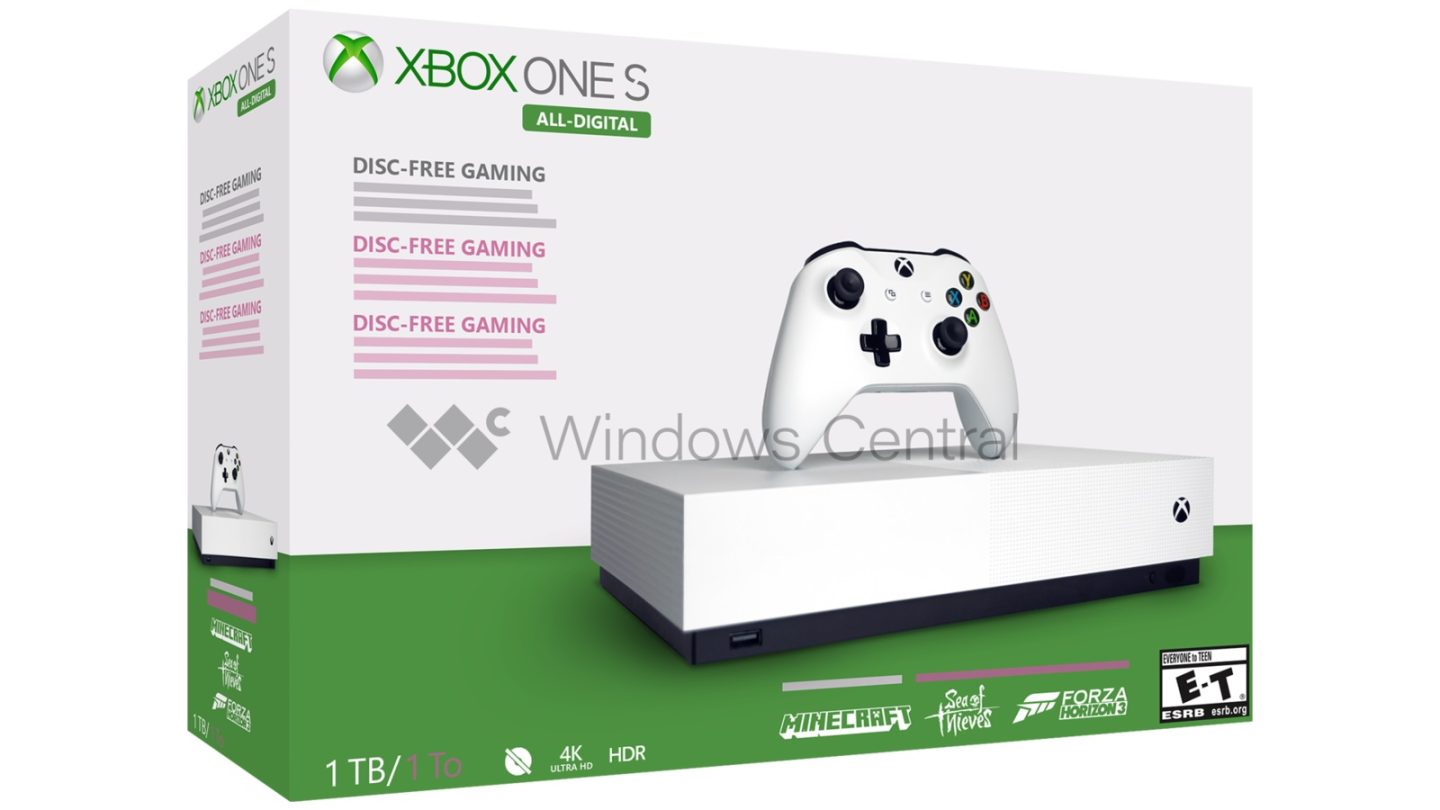 Just days after Google unveiled its “vision for the future of gaming” at GDC 2019, we appear to be getting a glimpse of another company’s future-facing vision. Rumors of the disc-less Xbox One console have been swirling for months, but they all culminated in a report two weeks ago from Windows Central which claimed that the console had a name (Xbox One S All-Digital edition) and a release window (early May).

Two weeks later, the same source reveals that it has received confirmation of the console’s existence in the form of product shots and documents pointing to a specific release date.

According to Windows Central, the image you see at the top of this story is an accurate representation of the product shot that the site received recreated in Photoshop to protect the source. The no-disc variant looks virtually identical to the Xbox One S, save for the lack of a disc drive in the center. There is also a symbol at the bottom of the box with a line through a disc, just to make sure potential buyers understand what they’re purchasing.

Based on the product shots, it looks like the All-Digital edition will ship with digital codes for Minecraft, Sea of Thieves, and Forza Horizon 4. Furthermore, Windows Central’s information suggests that the Xbox One S All-Digital will have the lowest MSRP of any Xbox One console, as Microsoft hopes to attract a new wave of customers.

Finally, the documents the site obtained suggest that the Xbox One S All-Digital will arrive on May 7th, 2019. If that is indeed the plan, it’s likely that an official announcement from Microsoft is right around the corner.