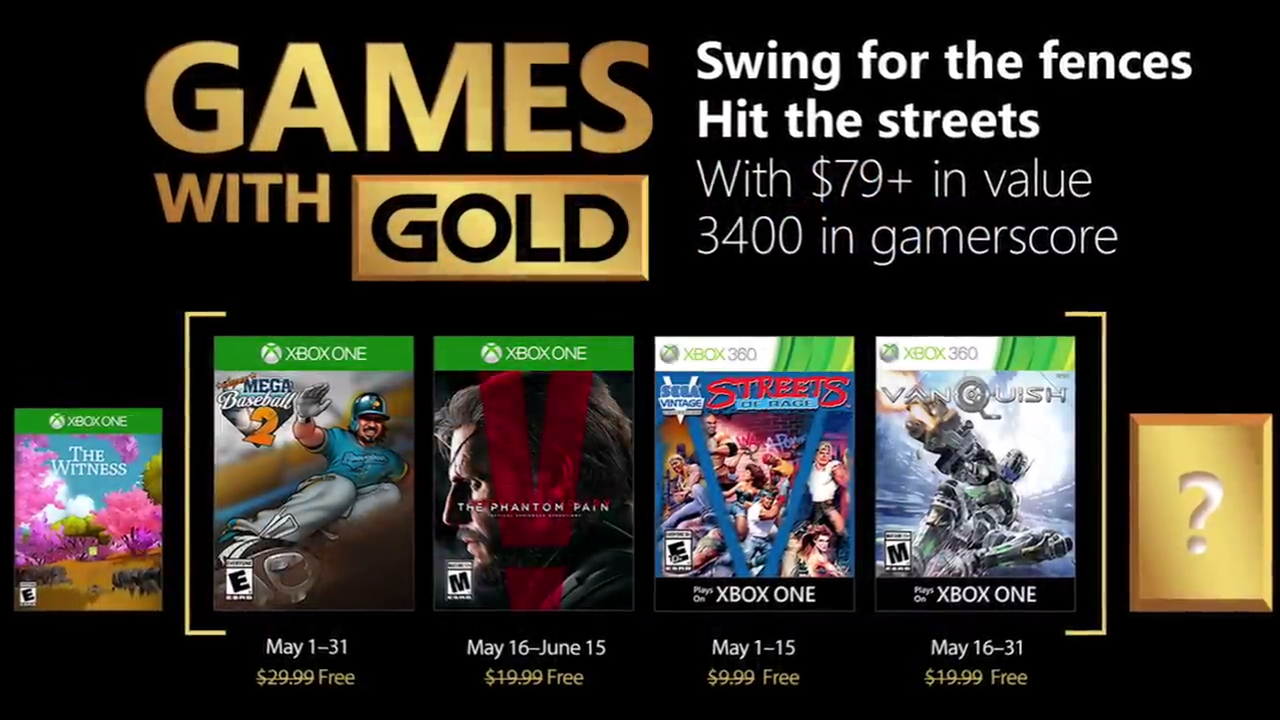 The video game release schedule has slowed down considerably this spring (as it always does), especially for the Xbox One. The only major exclusive the Xbox One has seen in the past two months has been Sea of Thieves, which didn’t quite live up to expectations despite the beta weekends leaving such a good impression.

The good news for Xbox One owners is that the month is almost over, which means a new selection of free Games with Gold are nearly here. In May, Microsoft is giving away the upcoming sports game Super Mega Baseball 2 as well as Metal Gear Solid V. A brand-new baseball game and a massive open world adventure should help keep you busy until the schedule picks back up again in May with the launch of State of Decay 2.

You’ll save over $79 if you pick up all four games and can add up to 3400 points to your gamerscore. Also, keep in mind that each of the Xbox 360 titles are backward compatible with the Xbox One, so even if you don’t have an Xbox 360 on hand, you can still download all four games listed above. See them in action below: