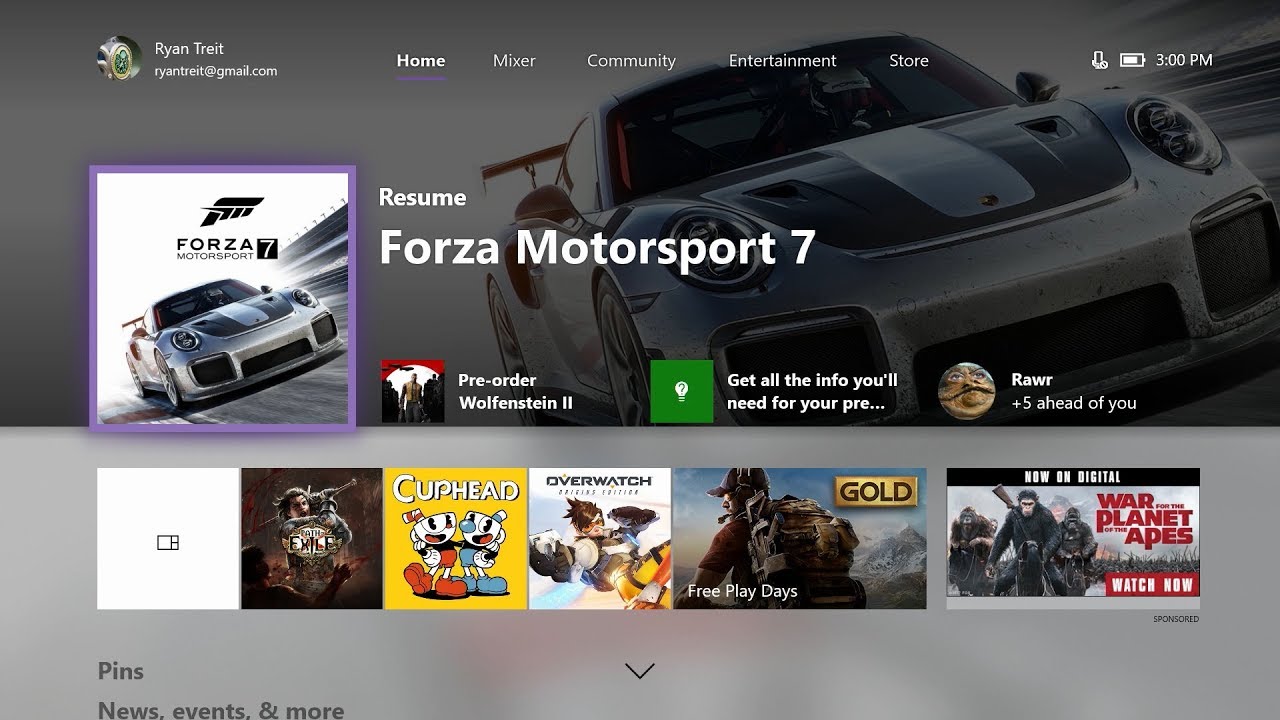 The most substantial Xbox One update of the year is now available to the general public. On Monday, Microsoft rolled out the 2017 fall update for the Xbox One, bringing a host of changes and additions to the gaming platform.

First up is the new Home tab, which you can now customize in order to get the content you access most often closest to the top of the page. With a new concept called blocks, you can place games, friends, Xbox Live Gold and a variety of other apps and features virtually anywhere on the Home screen. Plus, you can now have up to 40 “pinned” apps and games, and you can even choose between three themes: dark, light and high-contrast.

Another feature that has been totally overhauled in the fall update is the Guide, which is now easier to navigate with the left thumb stick or the bumpers. If you open the Guide while you’re in an active party or broadcast, the Guide will automatically open to the relevant section. In the Multiplayer tab of the Guide, you will find game invites from friends as well as a Tournaments section for official and community tournaments.

Other enhancements include an improved notification system that will alert users about time-sensitive activities even when the Xbox One is idle, updated screen-dimming functionality to protect your display from ghosting, and a new Community feed with screenshots and clips from games other have been playing.

And if you’re planning on upgrading to an Xbox One X after it launches on November 7th, you’ll be happy to know that Microsoft has also refined the console setup experience by allowing Xbox One owners to back up all of their games, apps and settings on to an external hard drive, unplug it from the old console, and plug it in to the new one. You can start playing right away, and some games will even enable users to install 4K content ahead of time.

You can read more about the update over on the Xbox Wire, or just download and install it to check it out.