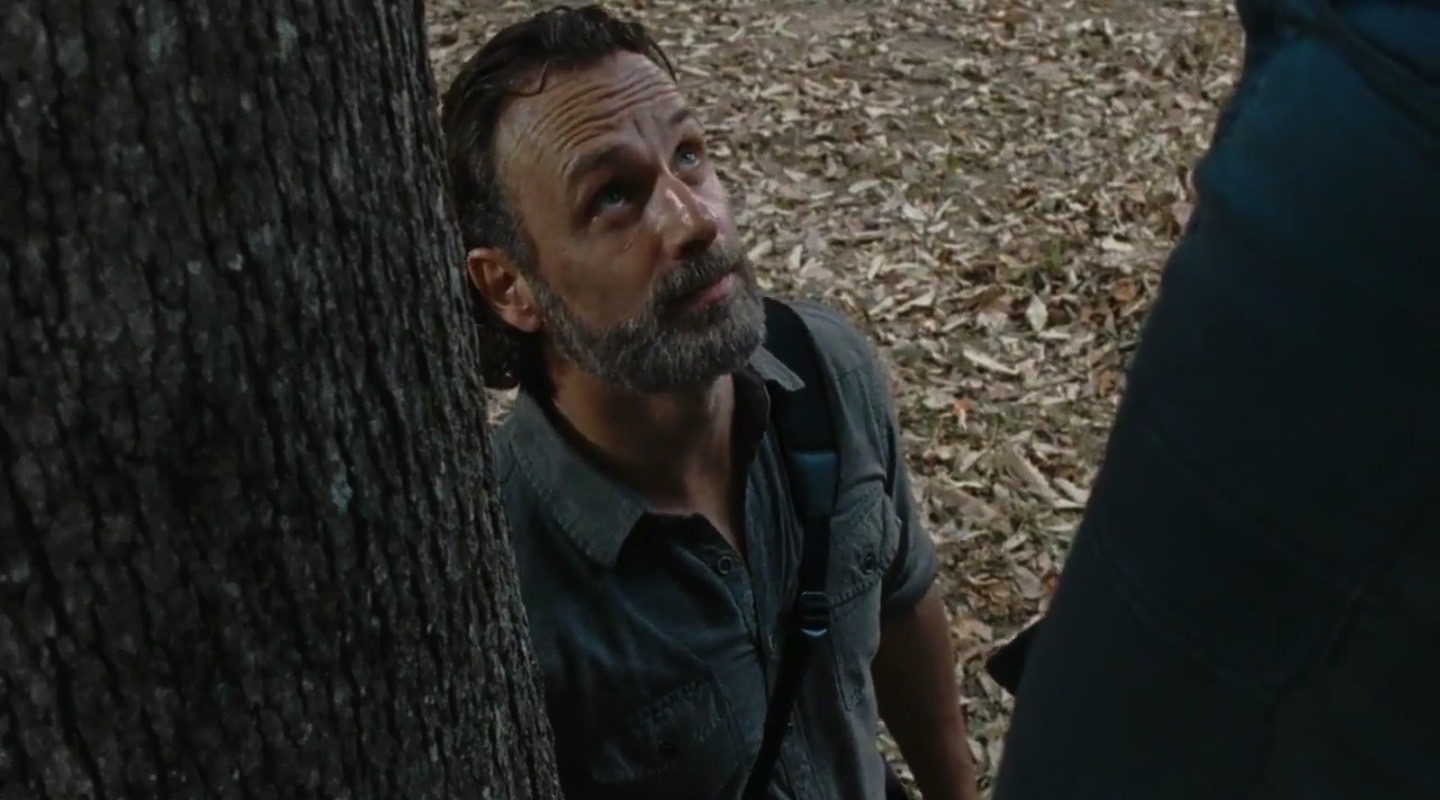 Season 7 of Walking Dead is almost over, as the penultimate episode aired on Sunday night on AMC. It was, once again, a great Walking Dead installment, and we’ve had mostly good episodes in this second half of the season. Both sides are getting ready for the climactic confrontation that’s probably going to dominate the season finale next Sunday. But now’s your chance to avoid spoilers, before I say anything else about episode 15.

I wasn’t a big fan of last week’s Walking Dead installment, but episode 15 was something else. And it proved to me yet again that Rick is basically Negan. He raids Oceanside and takes all their guns because he needs them for something. He’s willing to kill humans to take those guns and to protect his men and women. Towards the end of the episode, he asks Dwight to kneel in front of him while pointing a weapon at his head.

Do any of these things sound familiar? Sure, we can rationalize it as we see fit. Rick is the good guy, and so are the Alexandria gang. The heroes. They’re trying to do good even if that means doing small evils. Rick isn’t as bloodthirsty as Negan, and he would not commit any atrocities to save others. But, then again, all the Alexandria gang have been involved in crimes against humans of their own. And any group leader is a bigger or smaller version of Negan, including Gregory.

Yes, Gregory would be such a bad-ass leader if he weren’t such a coward. Seeing him face walkers was one of the great moments of the episode.

Speaking of walkers, I can’t but appreciate the massive zombie fight that appeared to solidify the new bond forged between Alexandria and Oceanside. Too bad walkers didn’t ruin Negan’s killing party in episode one like that. That would have been a major plot twist we wouldn’t have seen coming.

Elsewhere in the episode we see Sasha being captured and slowly domesticated by Negan. She’s not ready to go without a fight, but she’s unable to recruit Eugene to her aid. Negan, once again, proves to be a great villain, especially when it comes to disciplining his own man — he kills the man who wanted to rape Sasha. Negan surely knows how to maintain law and order among his men. You know who also does that? Rick.

What’s also interesting is that, as some may have suspected, Negan knows what’s happening. A little birdie told him what Rick is up to. Who could that birdie be? Is it Eugene? Is it Gregory? Is it someone else? Was in Dwight?

Of course, Negan would know. It would have been such a massive oversight from the show’s writers not have Negan keep tabs on what’s happening with his subjects.

I think Dwight really wants Negan dead at this point. Or does he? It’s clear that it was Dwight who met Rosita at the end of episode 14, and they came together to Alexandria.

Episode 15th was a great amuse-bouche for next week, and I’m certainly curious to see what happens in the finale. Let’s hope it’ll be epic, and let’s hope it won’t be ruined by any annoying cliffhangers.