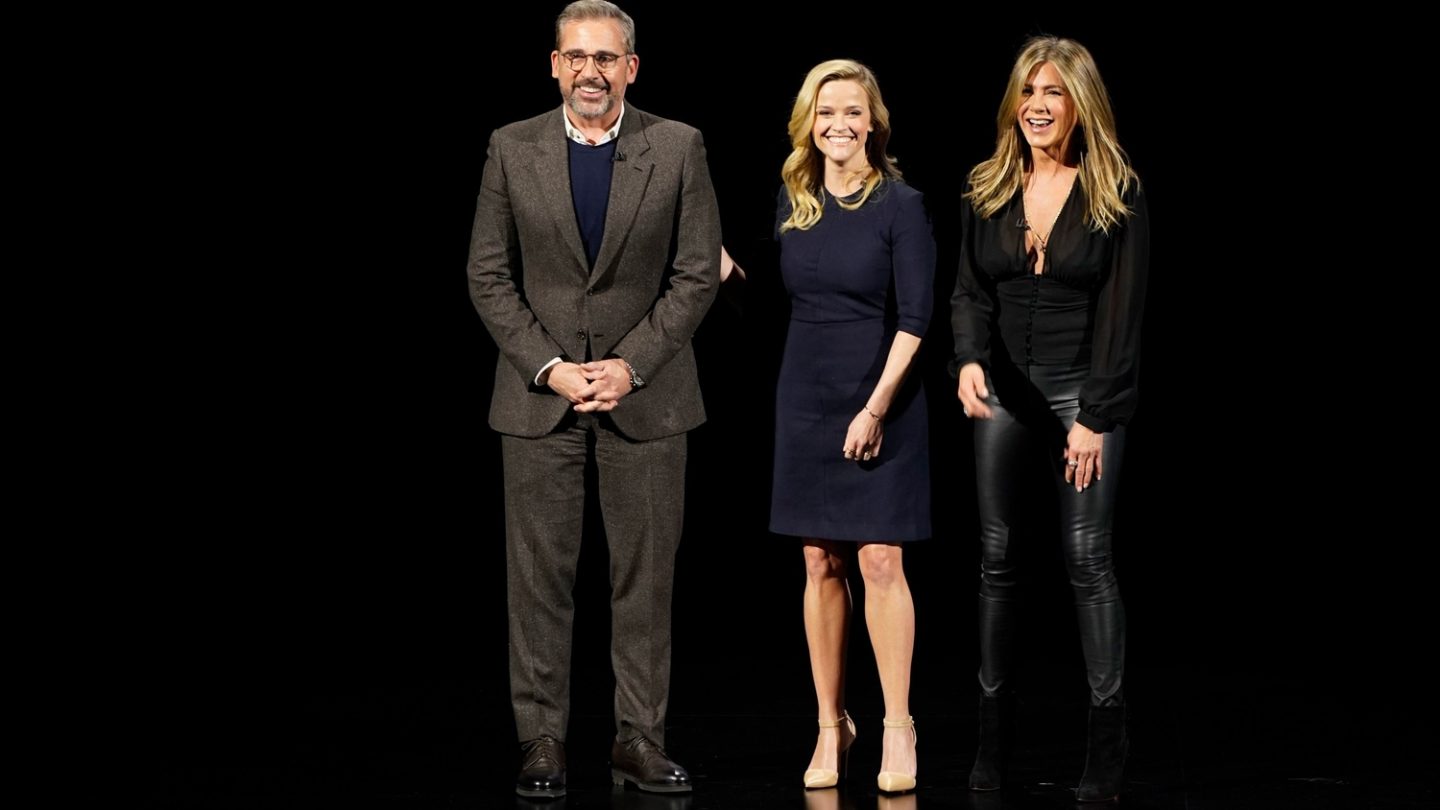 Let me make clear, right off the bat, that I intend to sign up for Apple’s new premium TV offering on day one and will give more than one of its shows a try as the company makes its first attempt at grabbing a piece of the streaming TV pie. Unfortunately, the trailer Apple released Monday morning for The Morning Show, one of the presumably strongest titles in its slate of programming based on the strength of the cast alone, doesn’t necessarily have me excited at the prospect of doing so.

Which is not to say I’m turned off, either, at this first footage released from the series that goes behind the scenes at a fictional morning show and stars Jennifer Aniston, Steve Carell, and Reese Witherspoon. Watch the trailer above and see what you think — I’m neither hot nor cold about it, I guess is what I’m saying, partly because the trailer seems to be not sure what kind of show it’s teasing.

Is this a #MeToo show, with Steve Carell’s character forced out in a Matt Lauer-esque scandal? Is this a drama that wants to inspire us about the importance of journalism in a “fake news” era? Is it mostly a workplace series that aims to take us behind-the-scenes to depict the less glamorous side of an otherwise sunny morning show? The series is probably a bit of all those things.

I think another reason I’m neither hot nor cold about the show yet has to do with the fact I’ve been involved in journalism in some form or fashion for almost 20 years, and this feels very much like somebody’s idea of what goes on at a morning TV show — not necessarily informed by people who have lived that world (happy to be proven wrong about this, however). That’s the vibe this trailer gave me. Is that a criticism? I’m not sure it has to be one. This is a TV drama, not a documentary, after all — there’s just an uncanny valley aspect to the realism herein, in my opinion.

The biggest caveat to everything I’ve just said is that this is, of course, only a trailer for the series. Great movies are given horrible trailers all the time. This is Apple’s first attempt at a Netflix-like streaming TV service, so it’s probably unfair to expect everything to be perfect from the get-go. However, the trailer above does need to do its part toward a very specific job — convincing you to add yet another streaming TV services to your budget and to sign up for + when it launches.

I was already planning to try it out, anyway. The question is what kind of effect the trailer above will have on you.

Apple TV Plus The Morning Show