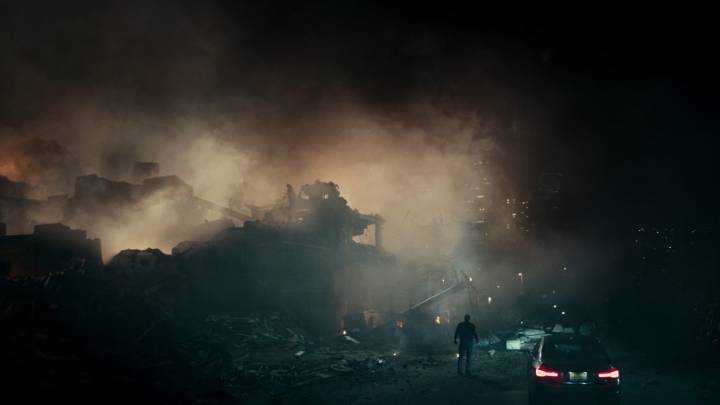 Other than the Eagles dispatching the Patriots in one of the most entertaining Super Bowls ever, the biggest surprise of last night was a trailer for a movie which surprise launched on Netflix immediately after the game.

The Cloverfield Paradox is a prequel to 2008 monster movie Cloverfield, and the third Cloverfield movie to date. First written as a completely original story more than half a decade ago, the film was adapted to fit the Cloverfield universe long after it was announced with a totally different title: God Particle. It was then delayed repeatedly throughout 2017 until Netflix quietly acquired it from Paramount and turned its release into a shocking spectacle.

Starring Gugu Mbatha-Raw, David Oyelowo, Elizabeth Dibecki and Chris O’Dowd, the prequel takes place on a space station where scientists are working on technology that would provide Earth with unlimited energy. Of course, the risks associated with the procedure could potentially bring about a catastrophe. Guess what happens next?

Reviews have been generally underwhelming in the hours after the film started streaming. That’s not too surprising for a movie that was given up on by Paramount and released in the middle of the night, but at least director Julius Onah’s work was able to see the light of day. Here’s hoping that the next Cloverfield movie (which is reportedly already done filming) gets the series back on track. In the meantime, The Cloverfield Paradox is streaming now.