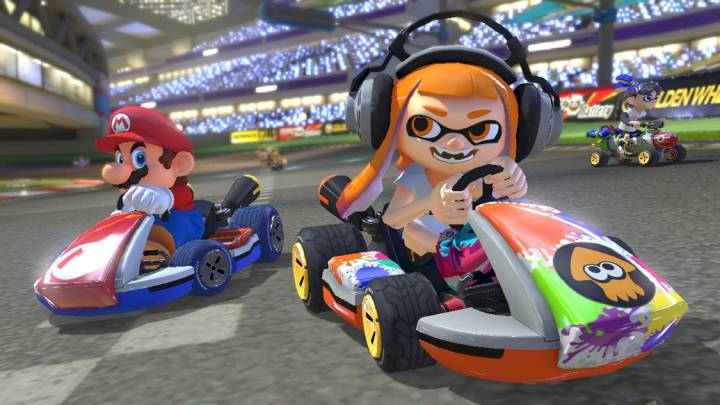 Despite the fact that the only way to buy a Nintendo Switch right now is to pay a premium for a console on Amazon, millions of people have managed to score themselves a Switch over the past couple of months. Nintendo’s new hybrid gaming device is clearly a hit with eager gamers, but people started to get a bit antsy following the console’s release. Why? Because for a period of time The Legend of Zelda: Breath of the Wild was the only top-tier game available for the Nintendo Switch. Of course, all that changed last week when Nintendo finally released its hotly anticipated title, Mario Kart 8 Deluxe.

There is absolutely no question that gamers love playing Mario Kart on the Switch, and the game is believed to be flying off store shelves all around the world (of note, you can still score a copy for 20% off if you’re a Prime subscriber). As much as people love it though, there’s one problem that some gamers are having that’s driving them nuts.

Mario Kart is one of the many wildly successful franchises Nintendo has in its catalog. After all, you don’t get to #8 in a video game franchise unless it’s a title players really love. We reviewed Mario Kart 8 Deluxe ahead of its release last month, and our take was in line with many other takes: It’s the best Mario Kart game yet.

As more and more people buy the new game, however, some issues are beginning to arise. One issue in particular has gamers gritting their teeth, and it pertains to the game’s single most important feature.

As Nintendo Everything reports, an increasing number of Mario Kart 8 Deluxe players have taken to various forums around the web to complain of connectivity issues with their new favorite Nintendo Switch game. According to the complaints, some gamers are noticing a great deal of lag when playing in online multi-player mode. A number of people are also complaining that connections are repeatedly dropping completely.

Nintendo has yet to comment on the issues, but hopefully these are just a few growing pains while Nintendo adjusts its server-side systems to accommodate the influx of traffic.