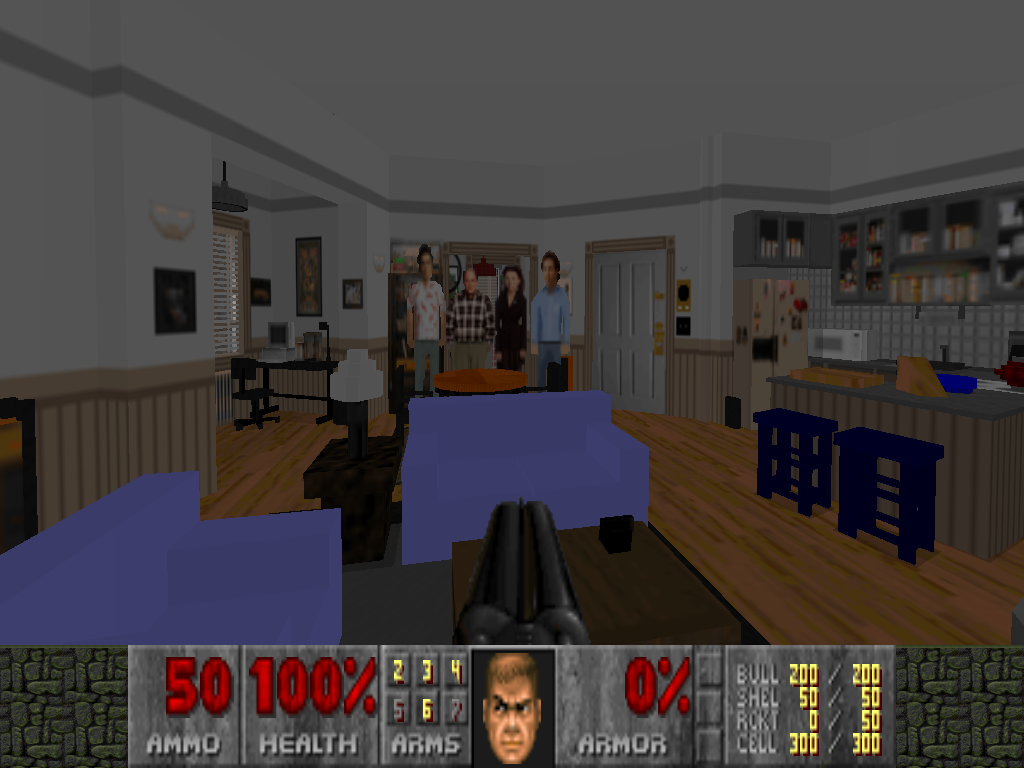 “The message of great art is to disturb.”

That’s a quote attributed to comedian Elayne Boosler which feels especially apt when discussing a bizarre video that is currently making the rounds, because the idea of someone spending dozens of hours rebuilding a set from a beloved ’90s sitcom inside of a beloved ’90s video game is, indeed, somewhat disturbing.

SEE ALSO: Why does Mark Zuckerberg tape the camera and mic of his MacBook?

What you’re about to see is an impressively faithful recreation of Jerry’s apartment from the NBC sitcom Seinfeld inside of Doom 2, a PC game which came out in 1994. It must be seen to be believed:

“Join Jerry, George, Kramer, and Elaine in this neat Doom/Seinfeld crossover!” writes Doug Keener, the mastermind behind this project. “There are many custom textures and sprites to bring you the full experience of being inside Jerry’s Apartment, inside Doom 2! Each sprite has audio clips and death animations! Have fun slaughtering the gang relentlessly in this wad about nothing!”

If simply watching the video isn’t enough, you can actually download the modified WAD file and play the level yourself. As Keener explains, you’ll need Doom 2 and the latest version of GZDoom (a modernized source port) in order to load it.

On the Doomworld forums, Keener says that this is only the second WAD he has ever created. Given a little more time and experience, imagine what this mad man can do? In case he’s taking requests, I’d like for him to seriously consider Central Perk for his next ’90s sitcom location.