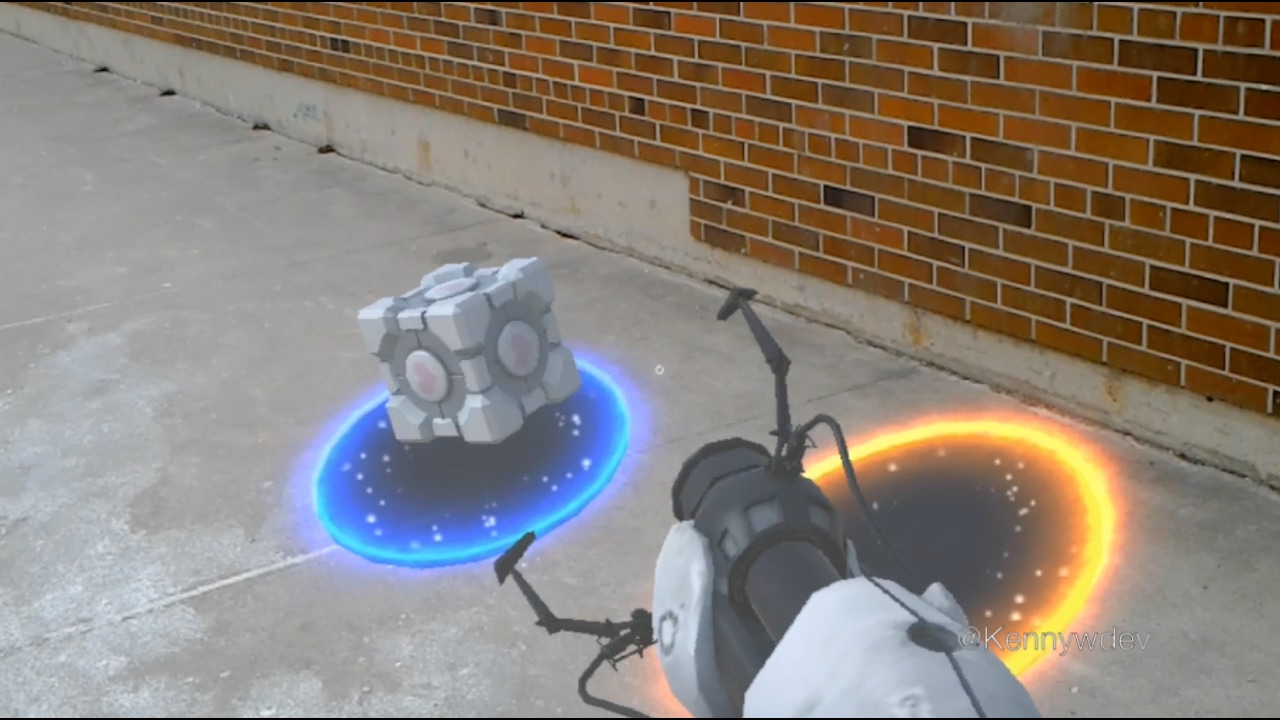 Thanks to augmented reality, smartphone owners were able to find and catch Pokemon in the real world for the very first time. Many speculated that Pokemon Go would kick off a new wave of AR entertainment, but seven months later, Pikachu, Charizard and company are still the only ones riding that wave.

At least, they were, until the following video appeared online over the weekend.

What you’re about to see is a “fun side project” from Toronto developer Kenny Wang that uses Microsoft’s HoloLens mixed reality headset to bring the famed portal gun from Portal to the real world:

In case you’ve never seen the HoloLens headset in action before, all you need to know is that it is very good at detecting the environment around it. It can then use that information to create virtual objects that behave as if they were actually inside the real space you’re looking at through the lens on the headset.

Using the HoloLens, Wang was able to create a “working” portal gun in augmented reality, and he brought a Companion Cube along with him to test the effectiveness of the portals. Not only do the portals work (and seamlessly attach to virtually any flat surface), but even the cube reacts appropriately as it passes through.

Speaking with CNET, Wang says that Microsoft has already approached him about his creations. While HoloLens still isn’t ready for a wide consumer release, experiences like this could certainly draw a crowd.