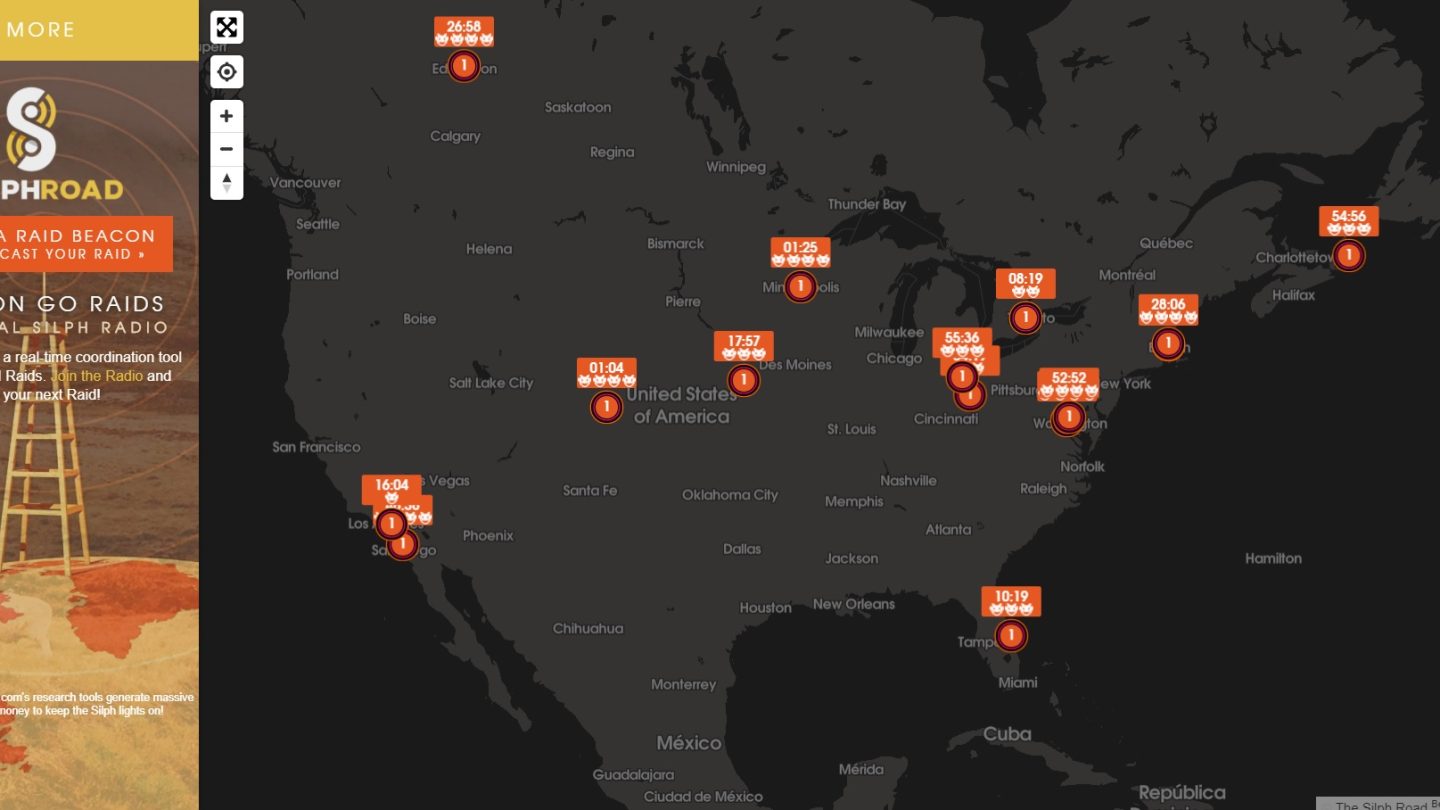 Raid Battles are the most exciting addition to Pokemon Go since launch, but there’s one big issue: You can’t coordinate with your group within the app. The only way to guarantee that a bunch of players will show up at the same Raid Battle before it ends is to actually call or message them in the real world, but Pokemon Go fan community The Silph Road has a solution that you’re going to want to see.

Over the weekend, The Silph Road introduced a new online tool called the Silph Radio — “a Raid Beacon network that lets you know about local Raid groups getting together, and allows you to alert local folks in your area when you’re planning on taking on a Raid boss.”

Rather than wandering around your neighborhood hoping to fatefully run into other Raiders, you can now load up a browser, check Silph Radio and head to where people are gathering. If you’re a member of a group that regularly participates in Raids, you can use it as a tool to manage RSVPs. If not, you can just use it to find other like-minded individuals in your area to Raid with.

In order to sign up for the Radio, you’ll need a Reddit account. If the map doesn’t load in Chrome, you’ll also need to follow these instructions to enable WebGL in your browser. The Silph Road warns that the tool is “still in a very active state of development,” so expect new features and bug fixes in the future.