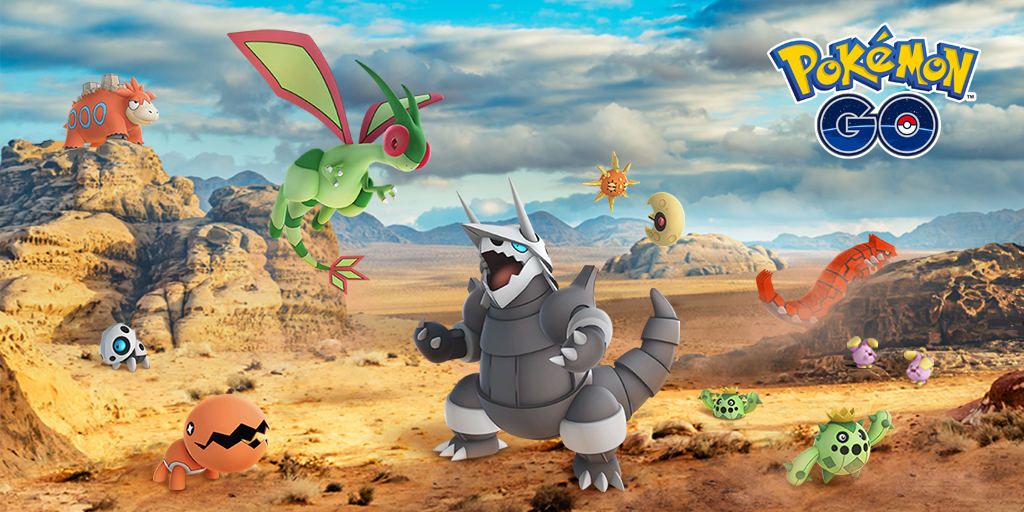 The second half of 2017 was huge for Pokemon Go, as Gym battles were completely revamped, Raid Battles were introduced and Legendary Pokemon finally made their debut. Niantic capped off the year by rolling out a selection of Generation 3 Pokemon, and now the rollout has continued this week as 23 new creatures have been let loose.

Niantic announced that a new wave of Pokemon would appear in-game on Tuesday, but didn’t provide a full list of the Gen 3 creatures we should be expecting. Thankfully, it didn’t take the Pokemon Go community long to identify all 23 Pokemon, all of which appear to be Rock- and Ground-types from the Hoenn region.

This is the full, confirmed list of Gen 3 Pokemon introduced in the latest wave, shared by Unubore on Reddit:

Aggron appears to be the highlight of the new wave, offering great max CP, defense and attack. If you’re looking to stay competitive in Gym battles, Aggron should probably be your focus for now. Flygon is a fairly strong Dragon-type as well, and Armaldo could serve as a decent attacker (even though it’s a Bug-type).

We still don’t know all the specifics of each of these creatures, but an article on Pokemon.com reveals that Lunatone and Solrock will appear all around the world, but never in the same region at the same time. In other words, if you catch a Solrock in the Americas, you won’t be able to find a Lunatone.

Finally, Niantic said last night in a tweet that every egg with contain a Gen 3 Pokemon for a limited time. The event will last through the end of the month, so you might want to spend this weekend gathering and hatching eggs.