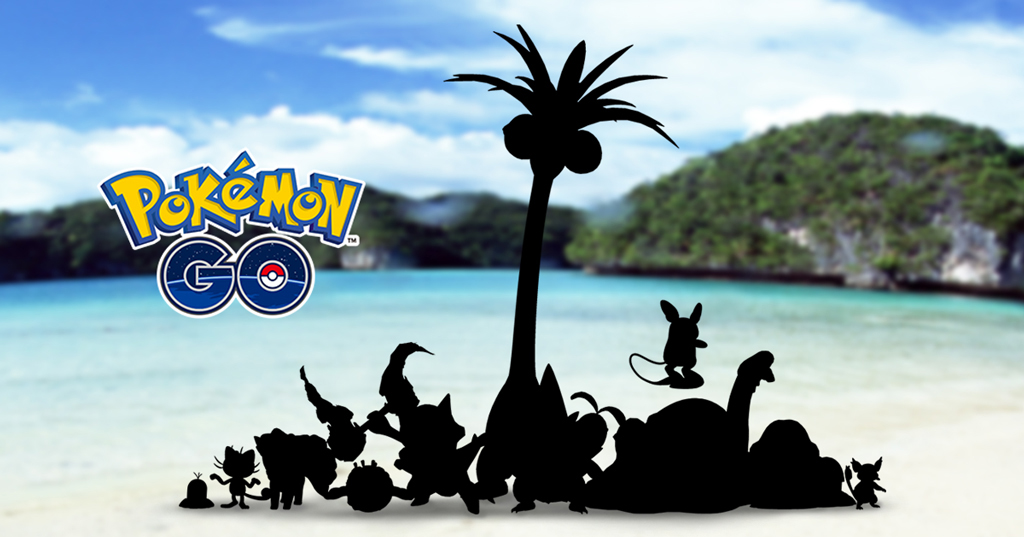 Just in time for the warm summer months, Niantic is bringing some tropical-themed Pokemon to Pokemon Go. On Monday, the team announced that several Alolan forms of Pokemon from the Kanto region will soon be introduced, meaning that Generation 7 will actually sneak into the mobile game before Generation 4 makes its debut.

Pokemon fans will recognize Alola as the setting of Pokemon Sun and Pokemon Moon (as well as Ultra Sun and Ultra Moon). In addition to bringing dozens of brand-new creatures to the fictional universe, Sun and Moon also introduced Alolan forms of Pokemon that had originally been discovered in previous games.

“Sunny days are ahead!,” reads the blog post. “Whether your forecast calls for rain or shine, we’re celebrating all around the world by introducing some special Pokémon from the tropical Alola region to Pokémon GO. Get ready for some of the Pokémon originally discovered in the Kanto region to appear in their Alolan forms!”

Niantic didn’t clarify how many Alolan forms would be added to the game, but there are eleven silhouettes that we can make out in the teaser image from the Pokemon Go website above, which include Diglett, Meowth, Vulpix, Geodude, Marowak, Exeggutor, Golem, Muk, Dugtrio, Rattata, and Raichu flying on his tail.

In all, we should expect to see eighteen new Alolan-form Pokemon whenever Niantic decides to drop this update. We still don’t know exactly when that will be, but a collection of new creatures (especially from the latest flagship entry in the main series) should bring a bunch of Pokemon Go players back into the fold.