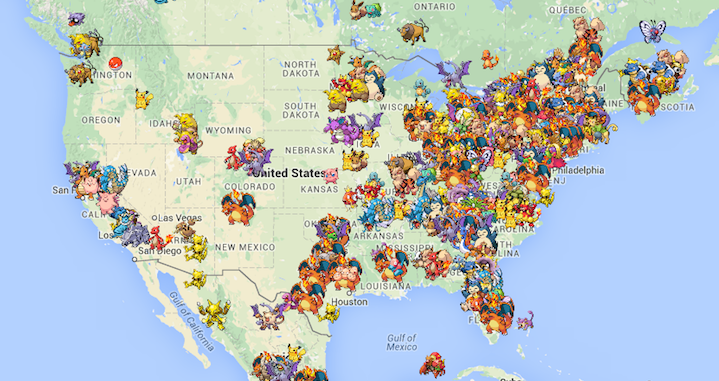 Despite being the most popular app in the world, Pokemon Go suffers from a few major issues — the most important being that no one knows where to go to find specific Pokemon. Yes, part of the fun of the game is the thrill of the hunt, but when you’re catching your 75th Pidgey of the day, you can begin to feel burned-out.

That’s why you need to check out Poke Radar: a community-driven Pokemon finding tool that allows players to search for Pokemon and submit their findings when they run across Pokemon anywhere in the world.

MUST SEE: This Pokemon Go trick will let you win any gym battle

The tool (which is really just Google Maps with Pokemon scattered all over it) is available both on the web and as a mobile app. Unfortunately, because of the wild popularity of the game, the website is struggling to keep up with all the traffic at the moment, so you’re better off with the mobile app.

Once you download the app, you can tap the arrow button in the bottom right corner to zoom in on your current location to see which Pokemon have reportedly been spotted around you. The developers know that some players are going to use the system to troll others, which is why every discovery can be voted up or down. If you see a location with a 100% approval rating, it’s probably worth checking out. If it’s below 50%, you might not want to waste your time.

The app also keeps track of when a trainer found the Pokemon (day or night), as some people suspect that the time of day has something to do with the likelihood that certain Pokemon will appear.

It’s not a flawless app, but if you’re sick of catching the same Pokemon all the time and wandering aimlessly to find new creatures, it might be worth giving Poke Radar a shot. It’s only available on iOS and the web at the moment, but the developers say that an Android app will be available before the end of the day.