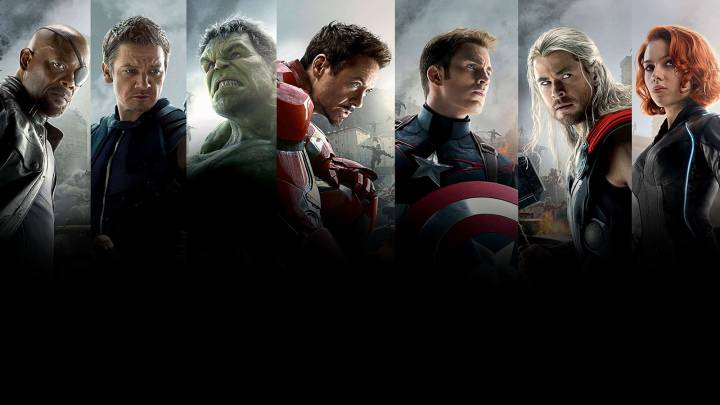 Avengers: Endgame is so good that you’ll have an amazing time watching it without seeing any of the 21 movies that preceded it. But it’s far more enjoyable to watch after you catch up with all the other MCU adventures. Not only will Endgame make a lot more sense, but you’ll appreciate all the incredible Easter Eggs Marvel managed to squeeze into the flick. Going forward, you’ll have to subscribe to Disney+ to get the same fantastic MCU experience, and that’s because more than half of the upcoming MCU stories will be told with the help of limited TV series. All the Disney+ shows will tie into the six movies that have been confirmed for Phase 4, and they’ll feature the same great characters and actors you’re used to seeing in MCU films.

Of all the new Disney+ Marvel series that will soon hit the streaming service, we’ve been focusing on the first three, but not solely because they’re the ones that have started production. These series will deliver a few essential plot twists, and one of them will explain the biggest mystery left after Endgame.

The Falcon and the Winter Soldier launches in August and will introduce the Thunderbolts, according to recent reports, in addition to showing us how Falcon will become the new Captain America. WandaVision, which hits the service later this winter, will set the stage for Doctor Strange in the Multiverse of Madness where Wanda is expected to be the surprise villain. On top of that, the show will also deliver the grown-up version of Monica Rambeau, whom we’ve met in Captain Marvel back in the 1990s.

But it’s really Loki, also a TV series that ties into Strange 2, that’s going to be super interesting. The god of mischief died early in Infinity War and he wasn’t resurrected in Endgame. We still got to see two Loki versions in the film, but only one instance of him is of interest. That’s the 2012-Loki version who stole the Tesseract and escaped in the aftermath of the First Battle of New York. That guy isn’t our Loki, and he hasn’t had time to reconnect with his brother and repent. He’s rather the villainous Asgardian who attempted to conquer Earth for Thanos.

Somehow, that Loki will be present in Strange 2, which is mind-boggling. The only way that can happen is through more travel between timelines, whether time travel is involved or not. Interestingly, Marvel leaked an incredible spoiler about Loki in the short trailer it aired for these three TV series during the Super Bowl. Loki was wearing a TVA jumpsuit while swearing he’ll get tremendous vengeance on an undisclosed place.

That logo isn’t likely to be an accident, and it probably stands for Time Variance Authority, the time cops from the comics. Loki might be captured by the TVA, and he might even join them. After all, he was definitely a witness to a strange series of events that lead to his escape. The TVA’s existence has enormous implications for the entire MCU, and they may be the kind of authority who wouldn’t appreciate what the Avengers did to beat Thanos — then again, it’s challenging to make a case against a team of heroes who brought back to life 3.5 billion people on earth and trillions of beings in the entire universe in this timeline.

Getting back to Loki, we have more evidence that the film may include some sort of structure similar to the TVA from The Illuminerdi, who got their hands on a casting sheet that contained details for several Loki supporting roles:

Male Lead – There is no age specified. Looking for name talent. Likely with sense of humor. This role will have options for the series and for film. The role needed for 5 or 6 episodes.

Casey – Open to any ethnicity or gender. Casey is a good natured, yet exhausted intern. Extremely likeable. Great comedy skills. Casey’s entire career has been spent indoors and always does things by the books even when things are out of their control. A supporting character needed for 4 episodes

John – John is male. Open to all ethnicities in the 27 to 36-year old range. Contentious and combative soldier with an axe to grind. Presumptuous and ominous. A supporting role. Needed for 4 episodes

Of all of them, the Male Lead might be the role that Owen Wilson signed up for. Since word got out that the actor will appear in the TV series, there’s been speculation he’d lead the TVA as Justin Peace.

Regardless of Wilson’s involvement, the background for some of these roles indicates that we’re looking at some sort of law enforcement agency featuring combative soldiers and people who always do things by the books.