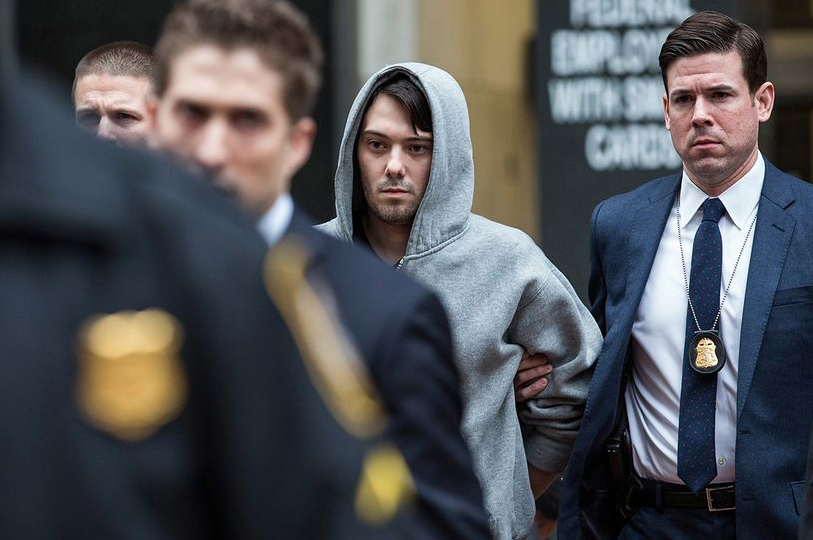 It’s a hip-hop feud that’s almost too ridiculous to believe: One of the most successful and talented Wu-Tang alums versus the world’s most hated former pharmaceutical CEO. However, the beef between Ghostface Killah and Martin “Pharma Bro” Shkreli is very real. Per NME, Shkreli appeared on radio station Power 105’s The Breakfast Club this week and said that he would “smack [Ghostface Killah] right in the face” if he were there right now.

RELATED: These are the world’s greatest rap lyrics about technology

Ghostface started the feud with Shkreli after calling him a “shithead” because of his decision to jack up the price of an important AIDS-related drug called Daraprim from $13.50 per tablet to $750 per tablet while he served as the CEO of Turing Pharmaceuticals. Shkreli responded to this diss by posting a video featuring three masked men who threatened to “take out” Ghostface if he didn’t shut up.

All of this is particularly ironic because Shkreli was the person who spent $2 million to buy the lone copy of the Wu-Tang Clan’s secret new album called Once Upon a Time in Shaolin. Shkreli has threatened to “erase” all of Ghostface Killah’s vocal tracks from the album unless the rapper stops criticizing him.

This kind of behavior may not be very wise for Shkreli right now, as the snot-nosed former CEO was arrested for alleged securities fraud last year and he’s certainly not doing anything that will endear himself to prospective jurors.