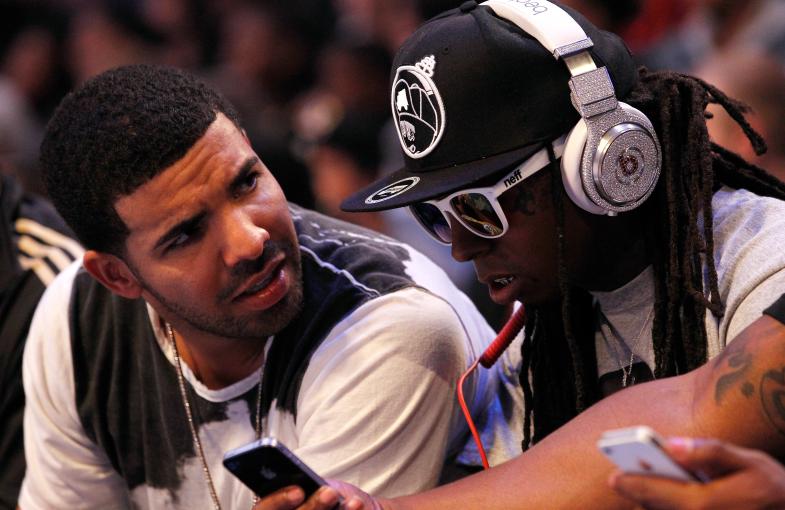 Given that boasting about material wealth has been a staple of hip-hop lyrics for decades, it’s no surprise that rappers have often referenced popular technology products in their songs. Below we’ve compiled some of the most famous tech-related hip-hop lyrics around from a diverse range of artists that includes Drake, Biggie, Jay-Z and Lil Wayne.

I’m like Sprint and Motorola
No service, out of your range

Poor Sprint. It actually gets name-checked in a hit song and it’s a complaint about the quality of its service.

We have two tech-related lyrics in this one and they both come from Jigga. Here’s the first:

And to these niggas I’m like Windows 7
You let ’em tell it, they swear that they invented you

Ah, that classic Neptunes beat. The second verse of the song also ends with a classic tech-related couplet:

It’s a testament to how good this song is that it still sounds fresh despite featuring a reference to a Motorola 2-way pager.

This track, on the other hand, makes a reference to technology that’s still relevant… although at the time Weezy was probably rocking an iPhone 3G:

Another Weezy tech track, this one takes its title from the famous Microsoft cofounder and uses the following lines as its hook:

All these bitches and niggas still hatin’, man
I used to be a baller but now I’m Bill Gaten’

This track is full of classic lyrics such as “Now honeys play me close like butter play toast / From the Mississippi down to the east coast.” But it also contains a reference to popular mid-’90s gaming consoles:

Super Nintendo, Sega Genesis
When I was dead broke, man I couldn’t picture this

Now he’d be rapping about Xbox One and PS4, but back in the day those two consoles were smoking hot.

Nicki makes a tech reference that BGR readers will appreciate by starting an iPhone-vs.-Android debate:

Want the cookie, so I gotta Chips Ahoy! These niggas
But I never iPhone, Android, these niggas

Speaking of BlackBerry, Jay Z dropped this line in “Encore”:

Out the country but the BlueBerry still connect

Why didn’t he call BlackBerry by its actual name? I have no idea. That said, this was still better promotion for the brand than BlackBerry’s ill-fated decision to recruit Alicia Keys to be its “creative director.”

UPDATE: It seems that BlueBerry was the name for an early RIM device that was actually blue. I apologize for not knowing this fact.