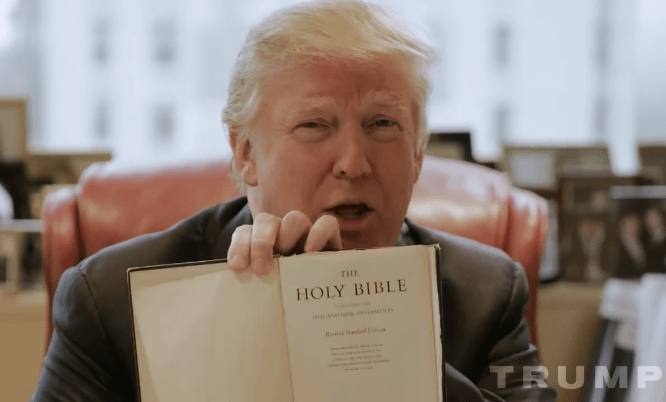 Donald Trump finished in second place in the Iowa caucus last night and many people on the Internet — including several conservative Republicans — reacted with pure joy. Below we’ve recapped the best reactions celebrating the doughy billionaire’s embarrassing loss in the first major contest of the 2016 Republican presidential primary.

MUST READ: Fed up by slow Internet service, Comcast customer finds an ingenious way to fight back

This old Trump tweet got a lot of notice in the wake of his loss to Texas Senator Ted Cruz in the Iowa caucus:

And that’s what really has to hurt Trump the most: For someone who talks about nothing but relentlessly winning, he’s come out of his first major test as a candidate as a gigantic loser. In fact, The New York Times‘ Maggie Haberman noted that Trump was in unfamiliar territory with his loss:

Iconic actor and Internet personality George Takei also made fun of Trump’s declaration that he would win so much as president that we’d get tired of it:

Mr. Trump, it appears we'll have to wait a bit to get sick of all that winning you've got planned for us.

Speaking of losing, try clicking on Loser.com right now and it will redirect you to Trump’s Wikipedia page.

This tweet proved to be particularly popular and made fun of the fact that many of Trump’s supporters also happen to be enthusiastic white supremacists:

It wasn’t just smarmy coastal liberals who celebrated Trump’s loss either, as many devoted conservatives were also happy to see the doughy bully knocked down a peg:

This is sort of what Trump gets for the whole 2 Corinthians thing pic.twitter.com/h2d09zi7WW

Looks like Trump will need to learn how to say congratulations in Canadian.

The fact that conservatives are relishing a Trump defeat isn’t surprising since he’s routinely called anyone who disagrees with any of his ideas a mediocre low-energy loser bimbo, or some such insult. This all hopefully goes to show that you still can’t win the presidency, even in this depraved day and age, simply by hurling childish insults.