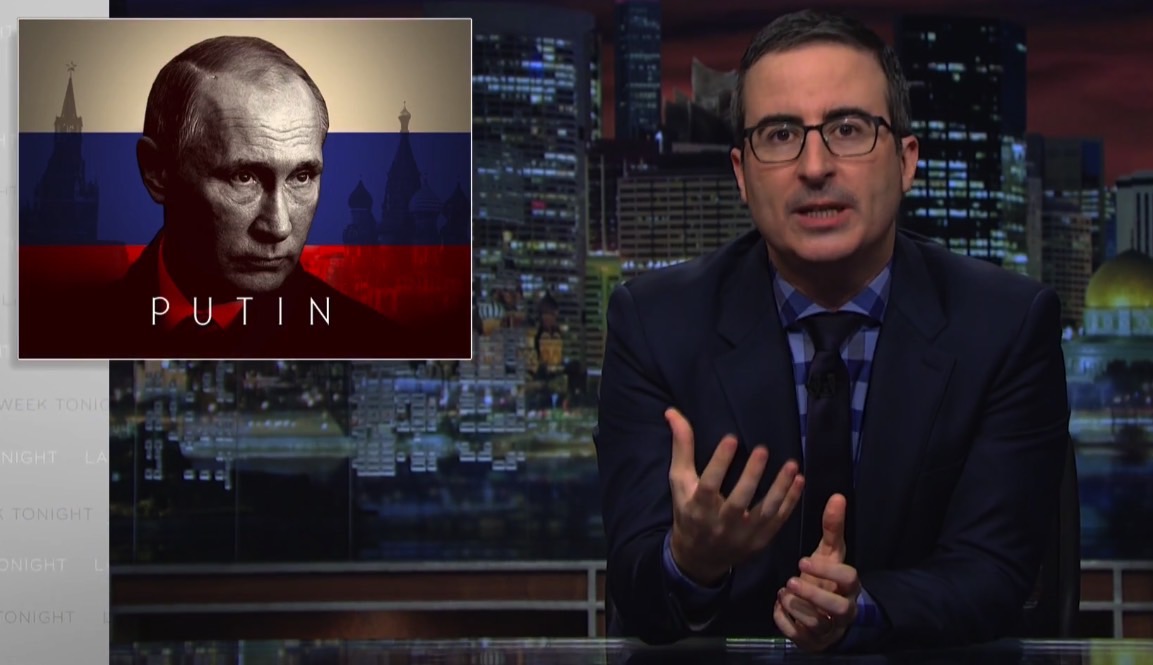 Russia is currently one of Donald Trump’s worst problems, one that the President keeps dismissing as “fake news.” After Michael Flynn’s resignation last week, news broke that high-ranking members of the Trump campaign were in constant contact with former Russian intelligence agents during the campaign. The nature of those talks is unknown to the public, but the intelligence community was disturbed by their great frequency. Yet Trump failed to address his Russia-related criticism, and continue to say that an improved USA-Russia relationship won’t be so bad.

That’s pretty much all you need to take with you into the following segment on Last Week Tonight, where John Oliver explained exactly what’s wrong with Putin, complete with a catchy techno song for Trump.

The HBO host briefly went through Putin’s Russia. Oliver explained how popular Putin is in the country, how wealthy he has become over the years, and what happens with people who routinely criticize him — hint: it’s not good.

For Putin’s Russia, Trump seems to be exactly what the doctor ordered. The American president, whether he’s influenced directly by Russia or not, may be an asset for Putin. Trump could grant Russia various favors when it comes to worldwide politics just because he wants a better relationship with Russia, Oliver says.

Yes, Oliver often uses humor while tackling serious matters, and the complex USA-Russia rivalry can’t be explained in just 30 minutes. But Oliver does a great job at showing us why Trump’s so far losing to Putin, at least for the time being. Check out the full segment below.