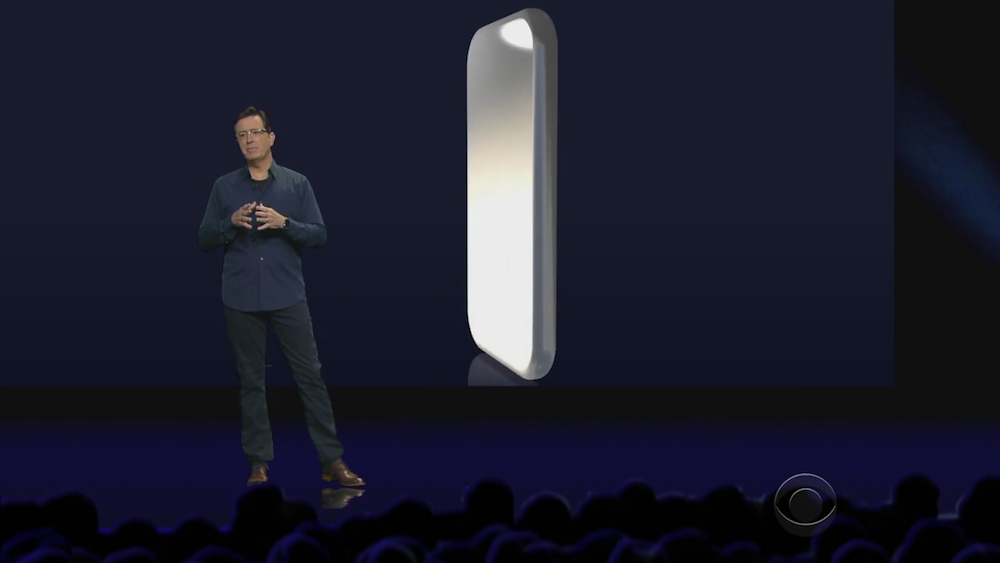 On Wednesday morning, Apple took the stage in San Francisco to unveil the new iPhone 7 and iPhone 7 Plus. Although countless leaks had spoiled virtually every feature coming to the new model, thousands and thousands of smartphone users still tuned in to see if Apple was really going to remove the headphone jack.

As it turns out, the company really did.

SEE ALSO: I already hate my new iPhone 7 and I don’t even have it yet

Stephen Colbert, being a bit of a nerd himself, wasn’t going to let the opportunity to poke fun at a new iPhone pass him by.  So on Wednesday’s show, Colbert parodied the iPhone 7 reveal with a reveal of his own:

But there’s more! You can still get all of the iPhone features you’d become accustomed to on your iPhone 6 or 6s with the new iFriend. Want to know what time it is? Ask the iFriend! Need to know what the weather’s like? The iFriend can tell you! Want to listen to music on a set of headphones that connect to a 3.5mm port? The iFriend will loan you his iPhone 6!

I’ll be honest — the iPhone 7 looks like a solid piece of hardware with some worthwhile improvements to counteract the loss of the headphone jack, but if I can get an iFriend for the same price, I might have to go with Colbert’s idea.