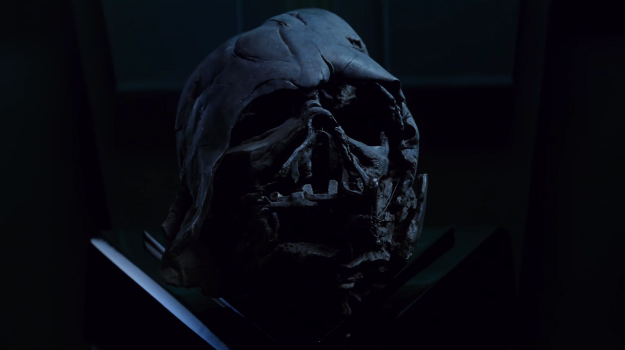 Despite some minor plot holes and a few too many callbacks to the original trilogy, Star Wars: The Force Awakens was a fantastic introduction to the future of the franchise. One of those callbacks was the appearance of Darth Vader’s helmet in the possession of new villain Kylo Ren, but how exactly did it get there?

SEE ALSO: This fan theory explains who the new Star Wars villain might really be

In a new video published earlier this week, the Star Wars Minute YouTube channel details a short story called The Perfect Weapon, which was released in November as part of the Journey to Star Wars: The Force Awakens line of books, comics and other forms of media.

Within the short story, Bazine Netal, a gun for hire (whom you might recognize from the cantina scene in The Force Awakens), is tasked with retrieving a mysterious package for an anonymous client. The package was last seen with Jor Tribulus, a deceased stormtrooper captain that fought in the Battle of Endor.

Although we never learn the contents of the package, there is some interesting evidence that points to it containing Darth Vader’s helmet. Most notably, if the stormtrooper captain was on Endor, it’s possible that he might have stumbled upon Darth Vader’s funeral pyre and decided to keep the burnt remains of the helmet as a souvenir.

This is all speculation, but it’s the best theory yet for how Kylo Ren obtained the helmet. You can watch the full video explanation below, or you can just buy the short story for yourself on Amazon.