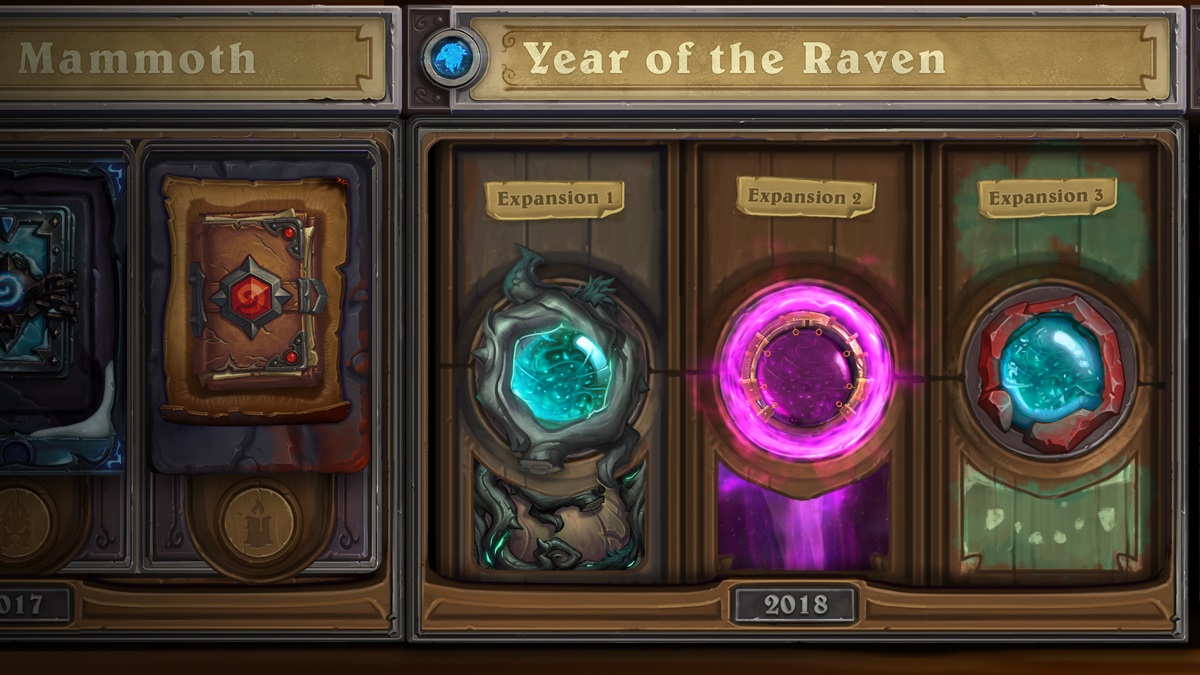 This is the most exciting time of the year for Hearthstone fans, as 2017’s Year of the Mammoth makes way for 2018’s Year of the Raven. After testing the waters with several different release schedules and formats in the game’s first few years, Blizzard settled on yearly rotations in 2016 and will continue the tradition this year. What that means is that old cards will cycle out of Standard, while three new expansions will make their way in.

Blizzard has yet to announce the names or reveal the content of any of the new expansions, but the first will probably arrive in April. Once it hits, Whispers of the Old Gods, One Night in Karazhan and Mean Streets of Gadgetzan will all move to Wild. You’ll no longer be able to use cards from those expansions in Standard.

The new year also brings a new set of Hall of Fame inductees, which are Classic cards that have become problematic that Blizzard takes out of the Standard rotation. This year’s targets include powerful Mage secret Ice Block, the card-drawing Murloc Coldlight Oracle and the monstrous Molten Giant. As with every Hall of Fame selection, you will be granted the full Arcane Dust value for each of the affected cards you own (max of two).

In addition to new expansions and Hall of Fame inductees, the development team will be bumping the rewards of all 40 gold quests up to 50 gold and reducing the requirements for almost every quest in the game. For example, rather than having to play 20 minions that cost 5 or more, you’ll only have to play 12.

Another major addition to Hearthstone in 2018: in-game tournaments! Players have been asking for tournaments for years, and Blizzard is finally going to answer their prayers this year. When the beta arrives “around the middle of this year,” players will be able to create custom tournaments and invite their friends directly from the game client, which will then handle matchmaking and checking decks to make sure they qualify.

Finally, Druid is also getting its own alternate champion this year. Win 10 games of Hearthstone in Standard Ranked or Casual mode after the next expansion launches and you will get the portrait of Lunara for free.