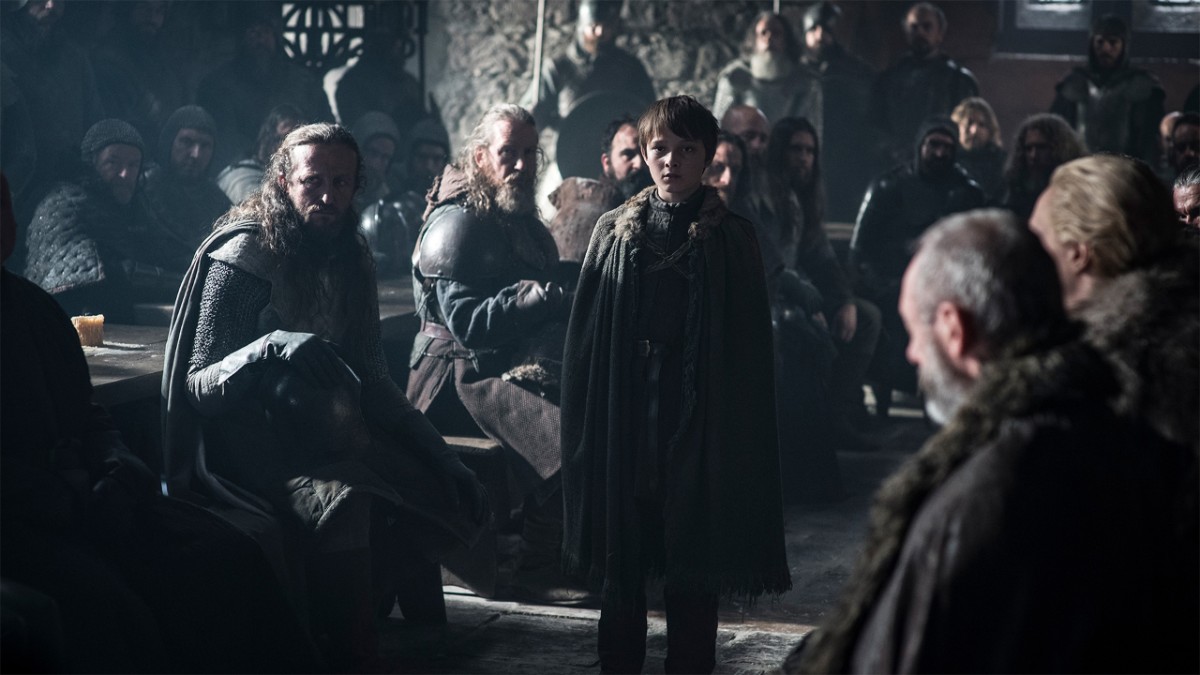 The final season of Game of Thrones premiered Sunday night, scoring a brand new viewership record for the series. The first episode was light on action, but very heavy on dialogue, featuring many of the character interactions we’ve been dying to see, including a significant revelation for one of them.

HBO, however, seemed eager to storm through these moments and move us as fast as possible to the next chapter, which will get us closer to the show’s finale. But there was one more thing that the first episode did differently, compared to all other seasons, and you might have missed it — major spoilers for the first episode of season 8 follow below, so make sure you watch Winterfell before going forward.

There are two types of streamers out there: Those who watch the opening credits of their favorite shows, and those who skip them. Game of Thrones fans should know better than that, however, as the opening sequence of each episode is unique, featuring the locations where the episode’s events will take us.

For season 8, the showrunners and the company behind the now-iconic opening sequence made several changes to that sequence, changes that you won’t recognize immediately if you’re used to skipping it. Here it is:

The animation is similar to what we’ve grown to expect from Game of Thrones, but because most of the characters are now grouped in two main locations — Winterfell and King’s Landing — the sequence is getting an entirely new layer of depth. For the first time, we get to see the interiors of these castles, including locations such as the throne room in King’s Landing and the Stark crypt back at Winterfell.

The Elastic team, which is behind the opening credits scenes, came up with a bunch of ideas over the years, but it’s only a couple of years ago that Game of Thrones showrunners David Benioff and D.B. Weiss gave the go-ahead to switch thing up for season 8.

“They said, ‘Let’s blow it out,’” Elastic’s Kirk Shintani told BuzzFeed “‘All the things that you wanted to do, let’s do it.’ For us, seven years of ideas just started pouring out.”

“You’re not getting this overarching view anymore. You’re getting this down-low, really specific micro view of what’s going on,” he said, explaining the new sequence.

One other major change that fans will instantly notice is the advance of the undead army with the help of tiles on the map that change from white to icy. For the first episode, the icy tiles engulf Last Hearth, and we know full well what just happened there.

Fans of credits scenes will also recognize the new murals for the astralobe that now depict pivotal events that we’ve witnessed in previous seasons, including the fall of the Wall, the Red Wedding, and the birth of Dany’s dragons.

But just because the opening credits scene has changed, it doesn’t mean it’s any more spoiler-laden than the previous one. After all, just because you know where the episode will take you, that isn’t enough to spoil what’s going to happen. And HBO didn’t give Elastic any spoilers for season 8 episodes, finale included.

“Quite honestly, I don’t want that information ahead of time,” Wall said. “I’d rather just know the bullet points of what we need to do in order to make an appropriate title sequence. I love watching the show, and honestly look forward to watching every story beat unfold.”

BuzzFeed’s full article is available at this link, and deserves a full read.