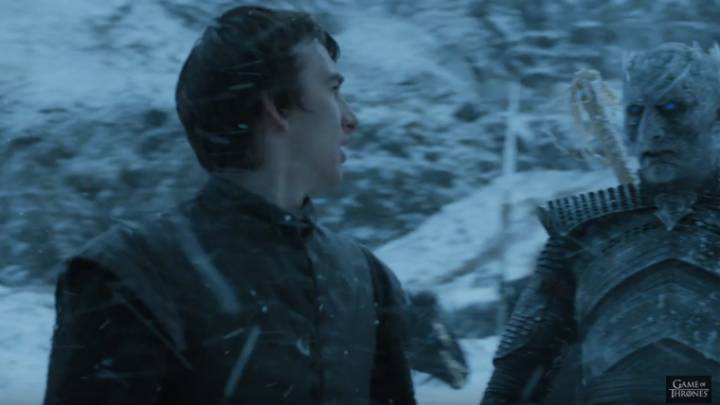 It’s finally happening, the threat that’s lurking in the shadows is going to make an appearance in the next episode of Game of Thrones. But if you haven’t seen episode four yet, you shouldn’t read any further because the trailer for episode five contains some spoilers that will ruin last night’s episode for you if you haven’t already seen it.

DON’T MISS: 10 new movie trailers you need to watch from this past week

We’ve been waiting for months for Jon Snow to return to life and lead the Night’s Watch and the wildlings in defending the north against undead invaders. We’ve seen four episodes so far in season six, and the undead have not yet marched forward. Were they waiting for Snow’s revival just like we were?

The trailer for next week’s Game of Thrones episode is already out, teasing what we can expect from our favorite heroes. We see Tyrion being visited by a person who seems to have powers like Melisandre, we see Arya getting ready for some sort of mission, and we see Bran enduring a terrifying encounter with the undead.

It’s clear that Bran is having a vision of the undead threat, but it looks like he’s not able to wake up as easily as before. And what’s even more scary is the fact that it seems as though the undead can see him watching them.

Titled The Door, episode five of this year’s Game of Thrones season airs this coming Sunday night on HBO.