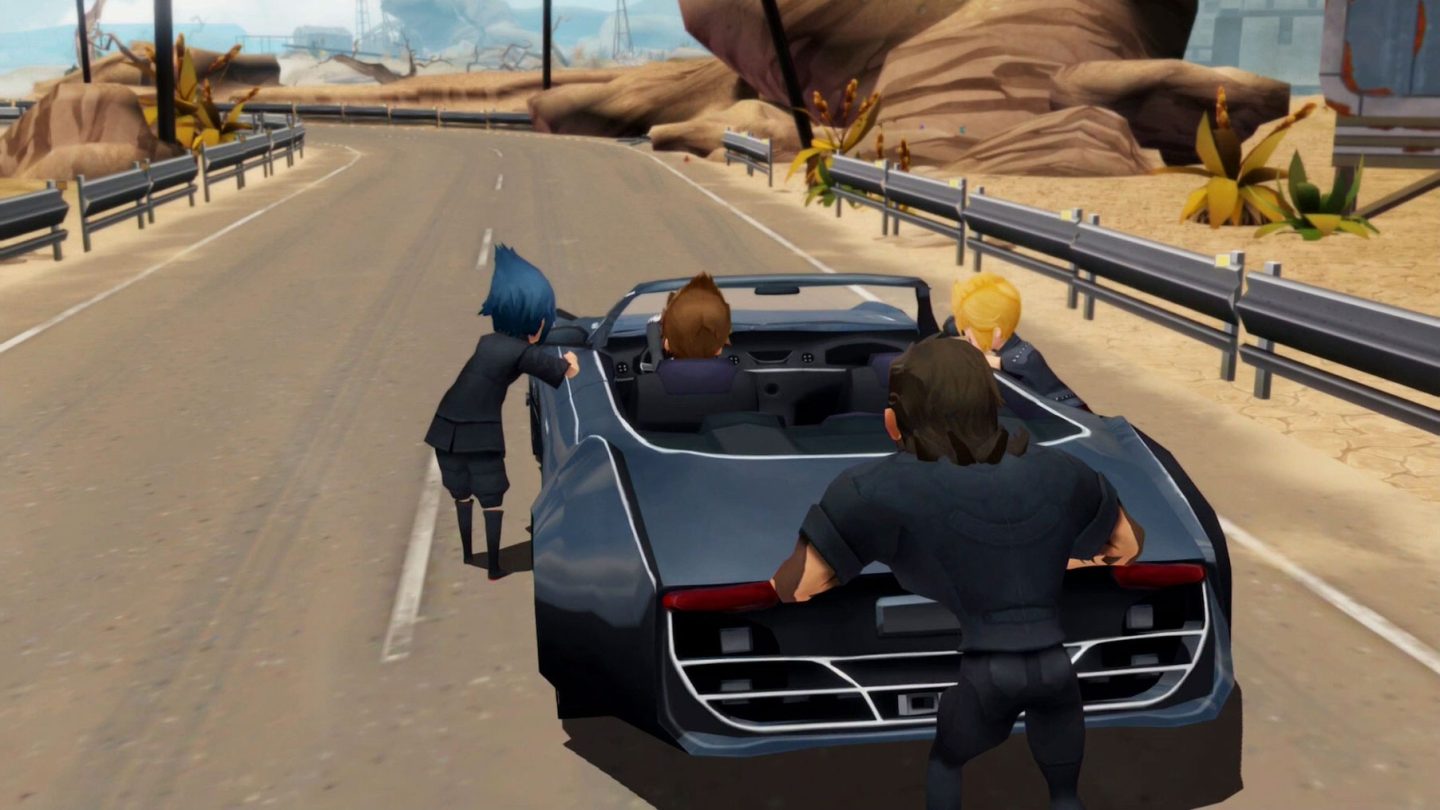 One of the most fascinating mobile games of the year just got a release date as Square Enix announced that Final Fantasy XV: Pocket Edition will launch on February 9th. Unveiled at Gamescom last summer, FFXV: Pocket Edition is a remake of the original console and PC game with touch controls and mobile-appropriate graphics.

A decade after its unveiling, Final Fantasy XV finally launched on PS4 and Xbox One at the end of 2016. It was later ported to PC as well, but now smartphone and tablet owners are going to have a chance to experience the adventure in miniature form. The Pocket Edition will tell the same story as the original game, split up into 10 chapters.

Unlike many of Square Enix’s mobile games, Final Fantasy XV: Pocket Edition will be free to download. That includes the first of the ten chapters for free, but you’ll have to pay for the rest. Chapters 2 & 3 will be $0.99 a piece, while the remaining seven chapters will cost $2.99 a pop. You can also buy all ten chapters at once for $19.99. All ten chapters will be available as in-app purchases on the day the app arrives on iOS and Android.

In order to run the game, you’ll need either an iOS device running iOS 11.1 or later, or an Android device running Android 5.0 Lollipop or later. You can see all of the specification requirements on Square Enix’s game page.

If you missed out on Final Fantasy XV when it hit consoles over a year ago and want to see what all the fuss was about, this fun-sized version promises to recount everything important from the original game.