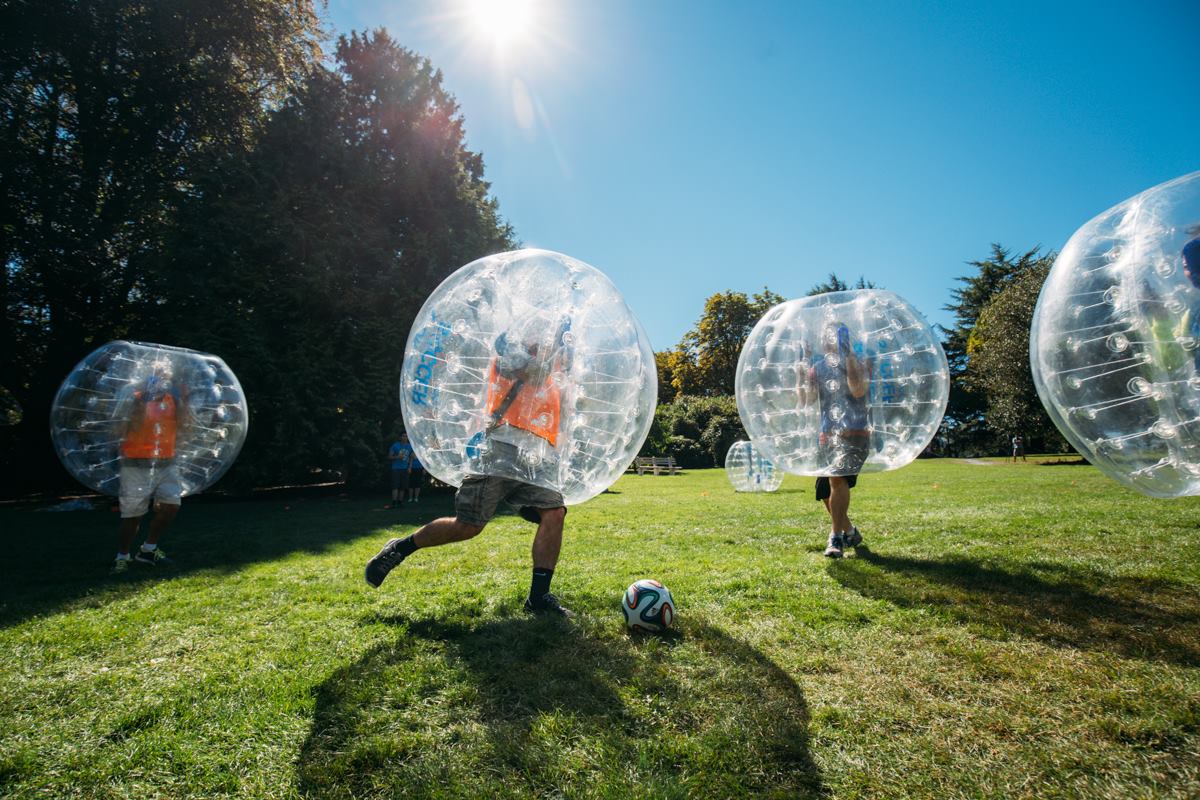 Before today, I didn’t know that “bubble soccer” was a thing. A popular GIF making the rounds on Reddit changed that. What you see at the top of this post is a game of bubble soccer (which we’ll explain in a bit) but you have no idea what’s about to happen in the GIF below.

SEE ALSO: BMW will mass produce a self-driving car by 2021

According to Wikipedia, bubble soccer (or bubble football, for the Europeans? I guess?) is “the recreation or sport of playing football whilst encased in an inflated torus, similar to a zorb, which covers the player’s upper-body and head.”

You can read more about the ridiculous semi-sport in this incredible Vice feature from last March, but for now, look in shock and awe at what happens when you take bubble soccer to an entirely new — and ridiculously dangerous — level:

Who thought this was a good idea? I mean, I’d rather get gored while encased in a giant bubble than wearing the traditional getup of a professional bullfighter, but I think this game would be stressful enough without the bull.

Let’s all find something less dangerous to do for the July 4th weekend.